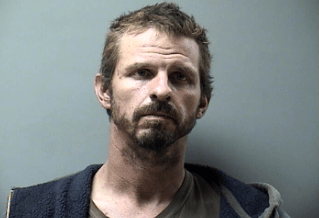 A traffic stop conducted by the Wapello County Sheriff’s Office led to another arrest of a southeast Iowa man who pleaded guilty earlier this year to accidentally shooting a woman.

According to a press release, on Monday night around 9:55 PM, a Deputy executed a traffic stop on Highway 34 near the Jefferson County line. The Sheriff’s Office K9 unit Luna was brought to the scene and she alerted for possible narcotics in the vehicle.

After searching the vehicle, deputies allegedly found a “large quantity” of methamphetamine as well as prescription medication.

35-year-old Lee Ryals was arrested and charged with the following:

In a separate case, Ryals pleaded guilty for shooting at a deer but missing and accidentally hitting a female in January 2019. The victim was struck in the back of the head by a stray round but survived. Ryals is scheduled to be sentenced next month.

Ryals is currently in the Wapello County Jail where he being held without bond.

Ottumwa School Board Approves Purchase of Market on Main