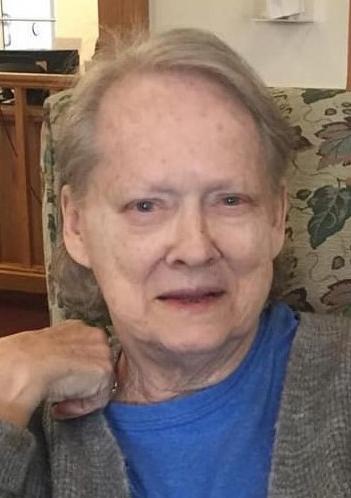 Sandra (Sandy) K. Johnson passed away peacefully on Sunday, September 13, at the Hospice House in Ottumwa, Iowa, 4 days after her 77th birthday.

Sandy was born in Ottumwa, Iowa, on September 9, 1943.  She attended Ottumwa High School graduating in 1961.  After high school, she attended Ottumwa Heights College.  She was united in marriage to Ronald Johnson on December 28, 1968, in Ottumwa, Iowa. They moved to Fairfield shortly after they were married, and Sandy began working at  Rockwell International as secretary to the personnel manager. She worked at Rockwell for approximately 35 years. After retiring from Rockwell, Sandy worked at Libertyville Savings Bank and also Jefferson County Abstract and Land Title Company.

While living in Fairfield, she loved to socialize with friends and family. She loved chatting with her grandkids and attending as many of their events as she could.  She especially enjoyed bowling in the squaw league on Wednesday nights at Flamingo Lanes.  After retirement, she had time to also bowl in the breakfast club league Wednesday mornings. Her team attended many state and national bowling tournaments. She was also a part of the Red Hat Society, which enabled her to continue her love of people. Her closet filled up with red and purple hats, clothing, and other accessories.

She shared a love of music with her late husband, Ronald Johnson. She played clarinet in the Fairfield Municipal Band as well as other bands and orchestras in southeast Iowa. Whenever there was an opportunity to play, she took it.

In the last few years, Sandy resided in Ottumwa, at Prairie Hills Assisted Living. She was able to create new friendships and was closer in proximity to one of her favorite meals; a maid rite with ketchup and onion from the Canteen. Living at Prairie Hills enabled her to continue to enjoy her favorite sport; bowling, albeit it was Wii bowling. Their team even took first place against other area assisted living teams.

Sandy was preceded in death by her parents; J. Don Brown and Doris Lingle, her loving grandparents that raised her; Robert and Mary Lingle, and her husband Ronald Johnson.  She is survived by her daughter, Tiffany Kinzenbaw (Jesse) and twin grandchildren, Quinn and Caden Kinzenbaw, and a son Brad Johnson.

It is reassuring to know that her husband, Ron (a.k.a. the One Man Band) was there to greet her with a musical entrance. We are quite sure she was not the only one smiling when she arrived.

In lieu of flowers, the family is asking that donations be made to the American Diabetes Association.

A graveside service will be this Wednesday, September 16th at Evergreen Cemetery at 11:00 AM. Father Nick Adam of St. Mary’s Church will be officiating. Family and friends that would like to attend are asked to please wear a mask and socially distance for the health and safety of all.