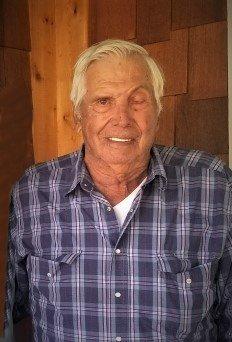 Ronnie Ray Greiner, 80, of Douds, IA passed away Thursday, December 2, 2021 at his home. A graveside service will begin at 11:00 a.m. on Tuesday, December 7, 2021 at the Batavia Cemetery with Father Nick Adam officiating. A time of lunch and fellowship will be held at the Batavia Community Center immediately following the graveside service. Visitation will begin at 2:00 p.m. on Monday, December 6, 2021 at the St. Mary Catholic Church in Fairfield, IA with he family present to greet friends from 5:00 until 7:00 p.m. In lieu of flowers, contributions can be made to the Cardinal Welding Academy or the
Van Buren County Construction Academy. Friends may sign the online guestbook at www.cranstonfamilyfuneralhome.com

Ronnie Ray Greiner was born on March 7, 1941 in Richland, Iowa. He was the son of Raymond and Dorthy Grimes Greiner. He graduated from Holy Family High School, Denver, Colorado in 1959. Ronnie attended Northeastern Junior College in Sterling, Colorado from 1959-1961 and played on the football team. Ronnie was married to Mary Susan Emry on August 14, 1965. They celebrated 56 years of marriage in August. Ronnie and Mary traveled to Hawaii, Alaska, Australia, Costa Rica, Panama Canal,
and the Caribbean always enjoying their time together.

Ronnie served 8 years on the Cardinal School Board, he was a member of the Pork Producers, Batavia Lions Club and Cardinal A-Club. He was a lifelong farmer and enjoyed his cattle immensely. Ronnie was often a participant at the area sale barns. Every morning after a shot of whiskey, chores were completed, often prior to daylight. Ending the day’s work usually in the dark with another shot. Ronnie was a fan of all sports and especially loved watching his grandchildren participate in their many activities.

He was proceeded in death by his parents, Raymond and Dorthy (Grimes) Greiner and his brother Raymond Jr Greiner.