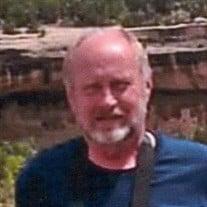 Rodney Zane Sytsma, 68, of Oskaloosa, died Tuesday, June 28, 2022, at his home east of Oskaloosa. He was born September 17, 1953, in Oskaloosa, Iowa, the son of Rodney Price and Virginia Violet Crile Sytsma. He attended the one-room Old Rose Hill country grade school with his siblings and neighbors and graduated from Oskaloosa High School with the class of 1971. He furthered his education at the American Institute of Business in Des Moines, completing two years of course work and earning an AA in Business. Early on he worked at Bloom Builders in Oskaloosa and for Quick Trip. After a few years at those places, he became an independent insurance agent and had a Shelter Insurance Office. Later he took a job at Mahaska Bottling and then Schiebout Tire Company in Pella. Currently he was driving cars for Kraig Ford in Pella and Oskaloosa. He enjoyed fishing, hunting, collecting bottles, and golfing. He loved to travel and always looked forward to an annual road trip with his brother Dale. He was known for his ready smile and his love of fun, and it could be truthfully said he didn’t have a mean bone in his body.