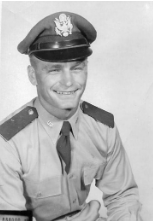 He was a veteran of the U.S. Air Force serving as a pilot flying F-86 fighter jets during the Korean War. Bob owned and operated R.L. Mitchell & Sons Heating & Air Conditioning for over 30 years and taught at Indian Hills Community College.
He was a member of St. Patrick Catholic Church where he served on the school board and played softball and basketball on the church teams. Bob and JoAnne enjoyed providing a home on their lake for their children, grandchildren and great-grandchildren to swim, fish and kayak.

He was preceded in death by his parents; a brother, Jack Charles Mitchell Sr. and a sister, Eleanor Marie Goodman.
Limited open visitation will be 1 p.m. to 6 p.m. Thursday, August 13th at Reece Funeral Home. Online condolences may be left for the family at www.rfh-ia.com.

Funeral Mass will be 10:30 a.m. Friday at St. Patrick Catholic Church with Father Patrick Hilgendorf presiding. For those wanting to view the service, you may watch it on the Reece Funeral Home Facebook page.

Burial will be in Shaul Cemetery with military services conducted by Walter B. Schafer Post #775 Veterans of Foreign Wars and O.B. Nelson Post #3 American Legion.