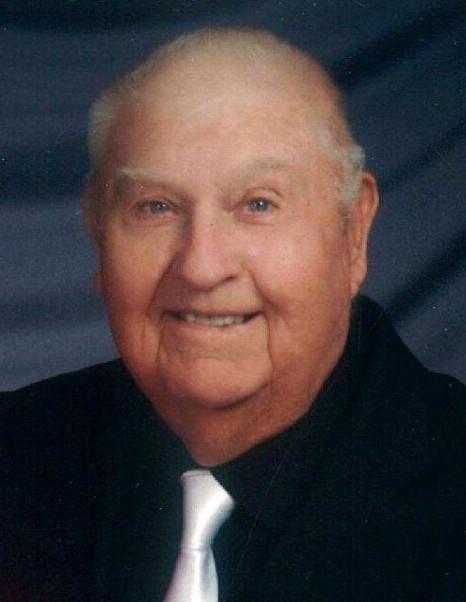 Richard was born on January 9, 1930 in the middle of a massive snowstorm in Udell, Iowa, the son of James Delbert Hopkins and Gessie (Swaim) Hopkins.  He graduated from the last graduating class of Unionville High School in 1949.

Following high school, Richard began working at John Morrell and Co. in Ottumwa as a Pork Cutter. On July 12, 1951, Richard was united in marriage to Marjorie Fay Hinton, and to this union, six children were born, Sharon, Janice, Paula, Teresa, Roger, and Michele.

On August 2, 1951, Richard was drafted into the United States Army.  He was stationed in Japan during the Korean War.  He served his country faithfully and was honorably discharged on July 14, 1953.  Richard was a very loyal veteran. His country meant so much to him, and was very proud to have served.

Richard continued worked for John Morrell and Co. for 24 ½ years in total.  When John Morrell and Co. closed, he started working at John Deere. He worked there for a year and a half.  In 1973, Richard built a garage and worked as a mechanic and added the radiator repair shop.  After 13 years at the shop, he had to retire due to health reasons.

Richard helped start the First Responders in Unionville, IA.  He was also the first Mayor in Iowa to have an all-female city council in Unionville.  He always thought of others, and helped facilitate rural water operations on the east side of Highway 5, allowing many people throughout Appanoose County to receive rural water.

Richard was a very creative worker, who built a horse trailer with friends and enjoyed building tractors, which most of his children learned to drive on.  He was also very good at woodworking.  Richard was the troubleshooter in the family.  Anytime anyone had any issues, he always had advice on how to fix it or help them.  He enjoyed attending a lot of horse shows and loved camping with his wife, Marjorie.  Family was the most important thing to Richard, and he cherished every moment spent with them, and his bloodhound dog, Bud.