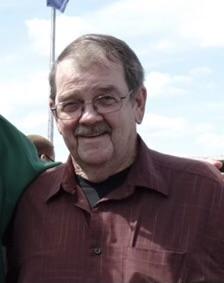 Richard Joseph Hemm, 82, of Eldon, IA passed away on Saturday, April 23, 2022 at the Good Samaritan Society in Ottumwa, IA. Visitation will be held from 9:00 a.m. until 11:00 a.m. on Thursday, April 28, 2022 at the Eldon United Methodist Church in Eldon, IA. A Masonic Service will begin at 11:00 a.m. at the church with the funeral immediately following. Services will be officiated by Pastor Jim Roth and Pastor Phil Campbell. Burial will be held in the Eldon Cemetery immediately following the service. Memorial contributions in Richard’s honor may be directed to the Eldon Depot Museum or to the Eldon New Hope Masonic Lodge #480. Friends may leave online condolences at www.cranstonfamilyfuneralhome.com.

The family request that those attending feel free to wear their overalls and drive their old car in memory of Richard.

Richard Joseph Hemm entered this life on March 15, 1940 in Eldon, IA, the son of Clarence and Florence Hootman Hemm. As a young child he developed a love of the river and nature becoming an avid fisherman, hunter, and trapper. He was a 1958 graduate of Eldon High School. Richard was united in marriage to Linda Keasling and together they became the loving parents of two daughters: Holly and Sherri. He worked at a local gas station, which he then purchased and operated for a short time as Richard’s 66 Service. He then began his career with the Rock Island Railroad where he worked as an engineer until it’s closing. Richard lived near Nichols Iowa as he continued railroad work for the Milwaukee and Soo Lines until the late 80’s when he was in a train derailment that caused an injury and eventually his retirement. Richard and Linda’s path in life eventually went in different ways and in 1991 he married P. Annie Loomis Runyon. They remained by each other’s side until her death in 1999. After retirement from the railroad, Richard began farming near Eldon raising cattle. Richard enjoyed the farm life but after a complete restoration of a Model A he decided that he wanted to spend what was left of his time working on cars. Richard sold the farm in 2005 and moved into Eldon. He began working on vehicles of his own and for others and became know far and wide as the go to man for Model A and Model T repairs and questions. He was a member of numerous Model A and Model T car clubs and enjoyed going on many rides in an old car. Richard loved the town of Eldon and was instrumental in getting the Lock Keepers house added to the historic registry and was one of the founders of the Eldon Depot Museum. He was active in the local Masonic Lodge for over 50 years and a member of the Shriners. Richard will be missed by his family and many friends.

Richard was preceded in death by his parents; his wife, P. Annie Hemm; three siblings, Kenneth, Carol, and Bonnie, and the best dog ever, Keno.