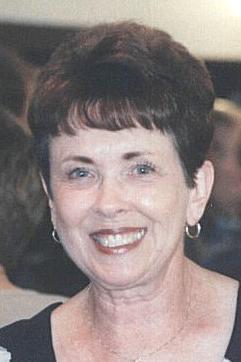 Regina “Jeanne” Ann Samuelson died from complications related to Alzheimer’s Disease at Arbor Springs in West Des Moines, Iowa on January 27, 2021. Jeanne was born June 17, 1942 in Ottumwa, Iowa to James A. and Mary (Pohlson) Tracy. She was later joined by brother James Victor. Her father served in the Army Air Force and then later the United States Air Force. Her education occurred in Ottumwa, Wisconsin and Fairfield, Iowa during her father’s overseas deployments. She graduated from high school in Roswell, New Mexico in 1960 where she excelled in choral arts as a soprano and was offered a scholarship to study voice at UCLA. Instead, she returned to Fairfield to reside with her aunt and uncle Glen ‘Joe’ and Maxine Little and worked as a bookkeeper at Iowa State Bank. She would eventually start dating a former classmate from the 5th grade, Donald Samuelson. They were married June 20, 1964 at St. Mary’s Catholic Church. She and Don adopted Michael in 1968 and Elizabeth in 1973.

Jeanne was a homemaker to the highest degree. She kept a spotless home and loved to entertain, decorate for every holiday and make everyone feel loved and welcome. She was active in the Women’s Club Chorus, St. Mary’s Catholic Church, sang for many weddings, variety shows and community theatre productions. She attended every activity of her kids and was a great supporter of Don and the 34th Army Band. She had a fantastic group of friends in Fairfield and participated in ‘Supper Club’ for many years. Jeanne’s car knew the way to most malls and stores within a 2-hour radius of Fairfield. She used her extensive retail knowledge for good when working for Gobble Clothiers and JC Penney Catalog Store until her retirement in 2006. In 2000, a new role as “Grammy” began with the birth of Margaret Grace Bice. Her only granddaughter brought immense pleasure to her life and they shared a special bond.

In 2006, Don and Jeanne moved to Ankeny, Iowa and established another amazing group of friends. She remained active at Our Lady’s Immaculate Heart Catholic Church where she sang in the church choir and was a member of two coffee groups despite not being a coffee drinker. Jeanne always took pride in her appearance and in that of her home. She cheered for the Iowa Hawkeyes and Chicago Cubs. She and Don were blessed to travel the world and enjoyed spending two months each winter in Palm Springs, CA.

Jeanne is survived by her husband of 56 years, Donald of Ankeny, IA; son Michael of Des Moines, IA; daughter Beth (Chris) Bice and granddaughter Maggie of Ankeny; brother James V. (Penryn) Tracy of McLean, VA and uncle Robert Tracy of Cedar Rapids, IA. She leaves many nieces, nephews and cousins as well as countless friends. She will be especially missed by her grand-dogs Rhando, Frank, Doug and Che. She was preceded in death by her parents.

We cannot thank the staff of Arbor Springs in West Des Moines and Suncrest Hospice enough for their care these last months when we were unable to be at her side due to the global pandemic.

No services are planned at this time. We will have a Memorial Mass and Celebration of Life when we are all allowed to gather safely to celebrate Jeanne.

In lieu of flowers, memorials may be directed to the family to be distributed to Our Lady’s Immaculate Heart Catholic Church, Suncrest Hospice and the American Home Finding Association of Ottumwa, Iowa who provided her with the gift of being a mom. Cards can be mailed to Don Samuelson, 202 NE Eaglewood Drive, Ankeny, Iowa 50021. She was the beating heart of our family and will be missed by us immeasurably.