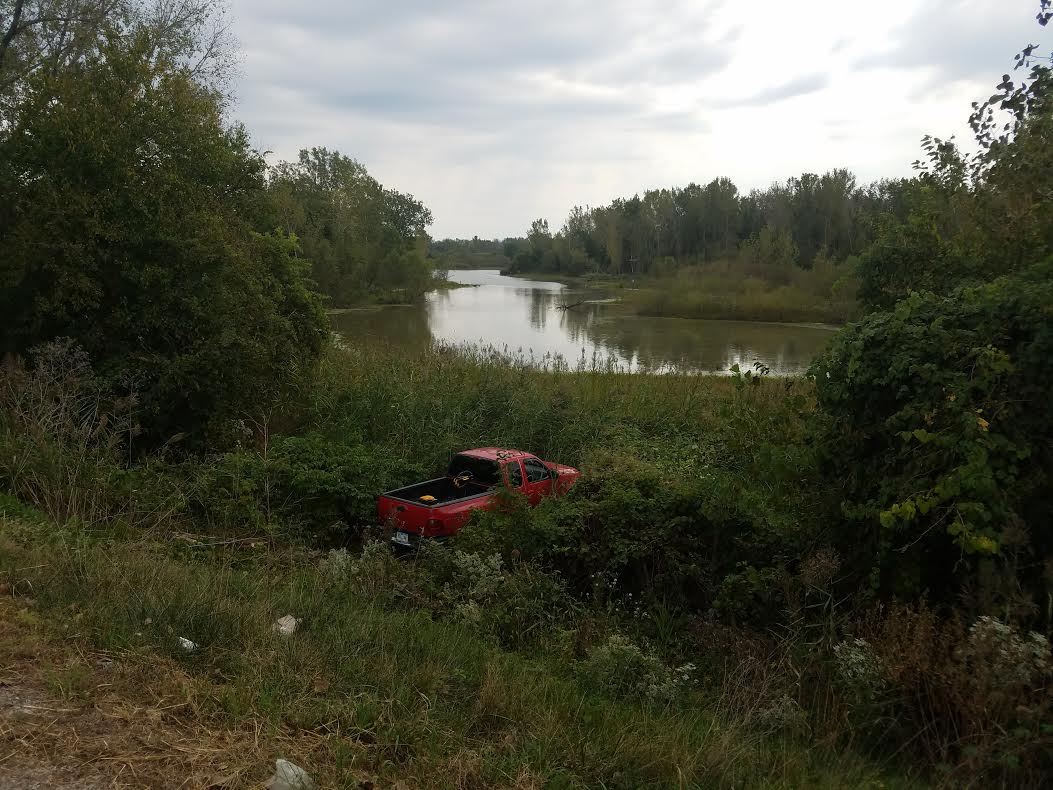 A pickup truck nearly crashed into a large pond Thursday afternoon in Ottumwa.

Firefighters responded to the crash near the intersection of Iowa Avenue and Highway 34 at approximately 12:30 PM.

Ottumwa Police Sergeant Aaron Vose told Ottumwa Radio News that the pickup was southbound on Iowa Avenue before the crash. Witnesses saw the pickup run the red light and drive off the embankment. “Witnesses say the truck never really slowed down,” Vose said.

Vose said that he did not believe drugs or alcohol played a role in the crash. The driver did receive at least one citation.

The driver of the pickup was not seriously injured.