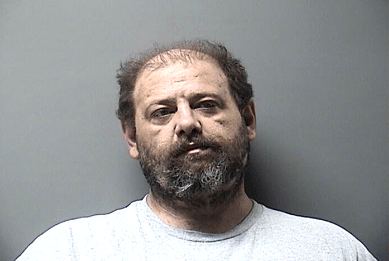 An Ottumwa man is accused of hitting his girlfriend with a car during an argument earlier this week.

Arthur Dyke, 43, has been charged with assault while displaying a dangerous weapon, an aggravated misdemeanor, and domestic abuse – assault, a serious misdemeanor.

According to court records, on April 26, Dyke and the victim were involved in a verbal argument that turned physical at the couple’s shared residence on Ellis Avenue.

The criminal complaint states Dyke was driving an SUV and intentionally struck the victim with the hood of the car, injuring her hand. The victim was able to avoid further injury by jumping away from the SUV and hiding behind a tree.

Dyke later admitted to authorities that he intentionally hit the victim with the SUV, according to court documents.

Dyke was arrested on the same day as the alleged incident and was later freed after posting bond.

Dyke has been ordered not to have any contact with the victim.