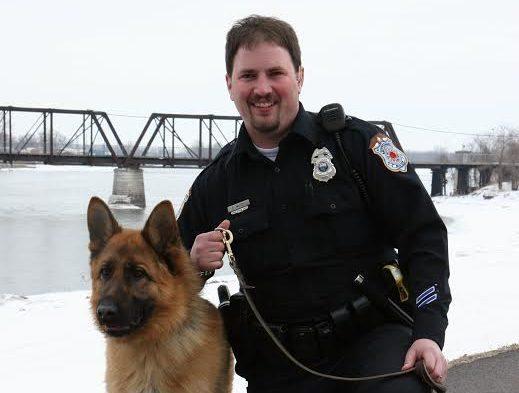 On September 22, 2016 Ottumwa Police Department K-9 “Sharek” was retired from the department.

Sharek began his career with the department on October 26, 2009 and was assigned to K-9 handler Sergeant Cody McCoy.   Sergeant McCoy and Sharek have worked together on a daily basis over the past seven years.

Recently, after showing signs of being ill, Sharek was taken to ISU Campus Veterinary School where it was determined that emergency surgery was required to save his life.  As a result of the surgery tumors were discovered on his spleen.  Later an analysis of Sharek’s blood showed the presence of cancer. The decision was then made to retire Sharek from public service.

Per Ottumwa Police Department Policy, Sergeant McCoy has requested and been granted ownership of Sharek.

There are no immediate plans to add another K-9 to the department.