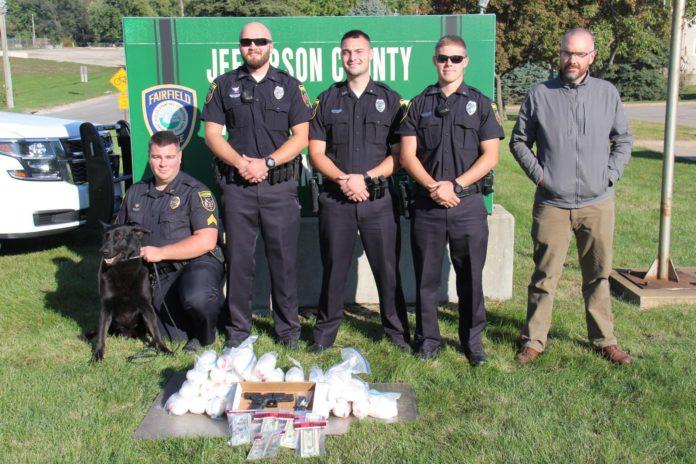 An Ottumwa man faces felony charges after police say he had 33 pounds of meth in his possession.

43-year-old Clinton Wynn has been charged with possession with intent to deliver, felon in possession of firearm, and failure to affix drug tax stamp.

On Sunday, October 3rd, an officer from the Fairfield Police Department stopped a vehicle driven by Wynn. K-9 officer Cy made the indication that there were controlled substances in the car.

The vehicle was seized and after police obtained a search warrant, a loaded firearm, over $11,000 in cash, and 33 pounds of meth in individually wrapped packages was uncovered. Authorities estimate the street value of the methamphetamine to be some $750,000.

Wynn is currently being held in the Jefferson County Jail in lieu of a $500,000 bond.