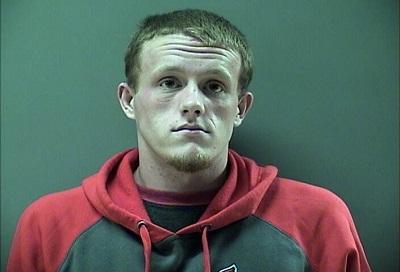 The two men accused of stealing guns from a vacant home last summer have apparently reached plea agreements with prosecutors.

Authorities say Owen Spicer (pictured) and Wylie Trueblood broke into a vacant home in Agency on the Fourth of July, stealing three shotguns. At least one of the shotguns was later sold illegally. Spicer faces felony charges of second-degree burglary, third-degree theft, trafficking in stolen weapons, and being a felon in possession of a firearm. Trueblood is charged with second-degree burglary, third-degree theft and trafficking. Spicer is not allowed to possess a gun because of a robbery he committed in November of 2015.

Both of the 20-year-old men were scheduled to go to trial last week on the same day. It’s unclear whether they would have been tried together or separately, but earlier this month, their trials were cancelled after apparently agreeing to plea bargains. Trueblood’s plea hearing is now scheduled for November 25th, while Spicer’s plea and sentencing hearing is set for November 27th.

It’s not yet known if any of the charges against either man will be reduced as part of the plea agreement.