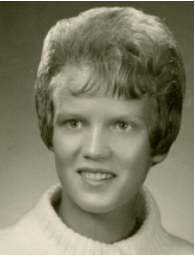 She was born December 4, 1945 in Muscatine. Pat married William George Goddard and they later divorced. She married Ronnie Mincks on January 1, 2003.

A 1962 graduate of Muscatine High School, she was a foster parent for over 20 years, helping with over 178 foster children. She also helped with in-home care.

She was preceded in death by her parents; her step-father, Raymond Korschot; and a granddaughter, Katie Wood.

Her body has been cremated and no services are planned at this time.