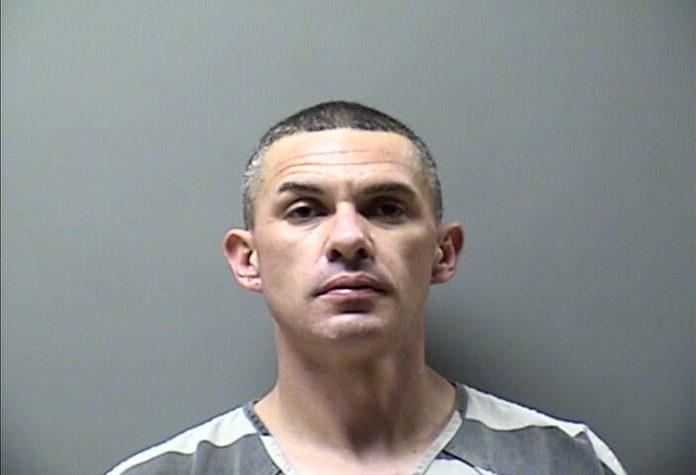 An Ottumwa man faces numerous charges after police say he stole a car, burglarized multiple storage units and cars, and ran from officers.

A car was left unlocked and running at the BP gas station on Albia Road on the morning of Sunday, October 4th. 35-year-old James Basham allegedly got into the vehicle and drove off without the owner’s permission.

About an hour later, Basham “forcefully and unlawfully” entered a building on West Finley Avenue that contains storage units, according to court records. Police say Basham broke into several units and removed the contents from at least one of the units.

A witness called in Basham as a suspicious person and police located Basham near the area. Basham attempted to escape on foot and was captured by the officers after a short chase. Court records say one officer sustained two cuts to his hand during the apprehension of Basham. While he was running, Basham allegedly dropped the keys from the stolen vehicle which contained items from the burglarized storage units.

Authorities say Basham was found in possession of the cell phone that belonged to the victim that owned the car he stole. Basham also possessed items from another car that he burglarized at the BP.

Additionally, Basham was observed via video entering a property on North Johnson Street the previous night. He is accused of attempting to break into two separate vehicles and breaking into another car and stealing its stereo.

Basham was arrested and charged with the following:

Basham is currently in the Wapello County Jail. His bond has been set at $9,500.