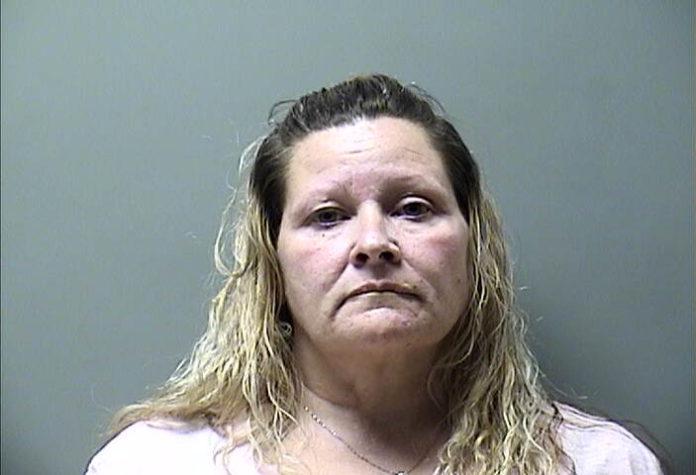 An Ottumwa woman faces multiple charges after police say she was driving under the influence of marijuana with children in the vehicle on Wednesday afternoon.

Court records say at 5:42 PM, Shawna Boger, 48, was pulled over for speeding by Ottumwa police at the Albia/Osceola Street intersection. Upon contact with Boger, an officer noticed the odor of marijuana emitting from the vehicle. Boger allegedly confessed smoking marijuana before driving.

Boger agreed to a Standardized Field Sobriety Test which indicated that she was impaired. According to authorities, the officer made the conclusion that Boger was under the influence of marijuana based on their training and experience.

Two minor children were in the vehicle when it was stopped, according to court documents. Additionally, a search of the car produced a small jar containing marijuana in Boger’s purse and a partially smoked marijuana joint. Boger admitted the marijuana was hers.

Boger was arrested and charged with an enhanced felony count of prohibited acts after a search of her criminal history revealed previous drug related convictions from 1999, 2000, and 2006. Boger was also charged with two counts of child endangerment, operating while intoxicated (first offense), and providing false identification.

Boger is currently free after posting bond. No court date has been set.