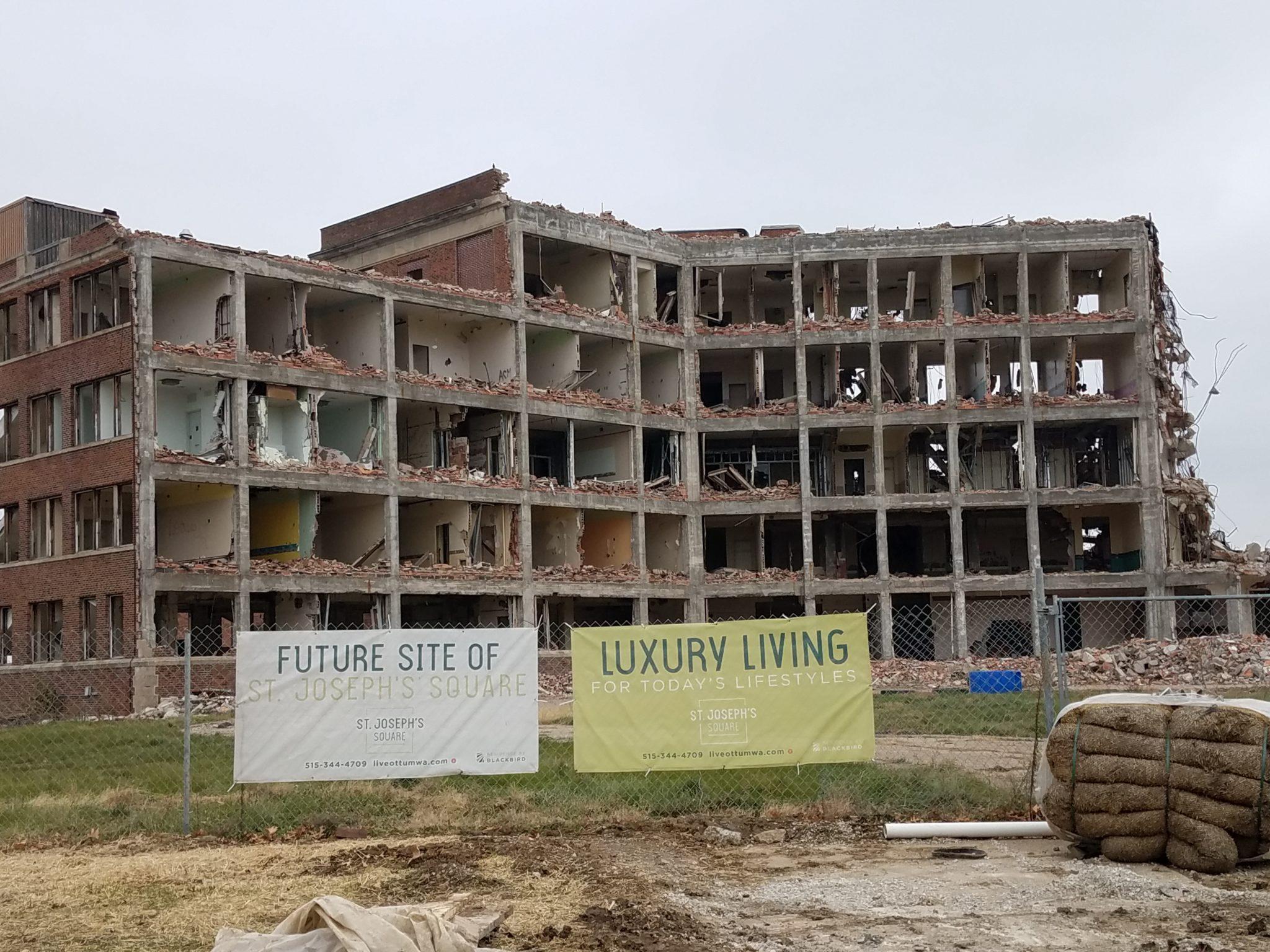 Demolition at the old St. Joseph Hospital is scheduled to resume in July, according to Ottumwa Mayor Tom Lazio.

Lazio made an appearance on “Dialogue” Wednesday morning on 1240 AM/102.7 FM KBIZ and shared the news. He says Drish Construction, based in Fairfield, has been given word to prepare to work in Ottumwa’s north side.

“They are going to be mobilizing the last week of July. They will actually start demolition July 29.”

If demolition resumes on the targeted date, nearly a full year will have passed since work has stopped at the site. The tearing down of St. Joseph ceased mid-August of 2018. Since then, the building stood vacant and untouched.

Blackbird Investments, the Des Moines firm in charge of the project, said this past May a dispute with the previous company responsible for demolishing the old hospital led to the work stoppage.

Blackbird intends on building housing units at the site. The original goal was to have construction completed by the end of this summer. However, the lengthy delay rendered that objective unattainable.

Drish Construction has been given 70 days to complete the demolition of St. Joseph.