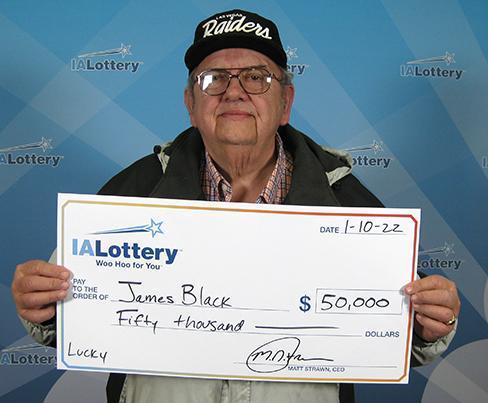 An Ottumwa man stopped by the Iowa Lottery headquarters in Clive earlier this week to claim a prize.

Black says he stopped by the Ottumwa South Hy-Vee to pick up his wife’s prescription but it wasn’t ready. While he was waiting, he walked over to the service desk and bought a pair of tickets. The first scratch-off wasn’t a winner but a surprise was waiting for him when he scratched the second ticket after he got home.

Black contacted his granddaughter who confirmed his winning ticket.

Black says he will use part of his winnings to pay bills.