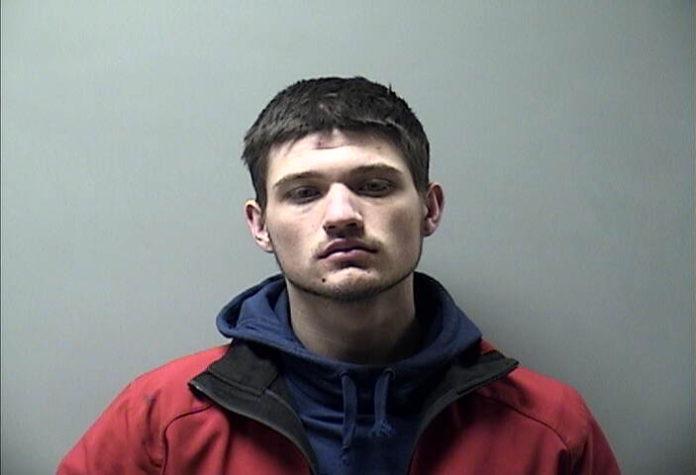 An Ottumwa man faces several charges after a chase with law enforcement.

20-year-old David Eakins has been charged with eluding, driving while barred, possession of marijuana, possession of drug paraphernalia, harassment of a public official or employee, and operating without interlock.

At approximately 11:50 PM on April 2nd, court records say a deputy from the Wapello County Sheriff’s Office observed Eakins failing to stop at a stop sign at the intersection of Albia Road and Wildwood Drive. Additionally, the vehicle Eakins drove did not have license plates.

The deputy initiated a traffic stop but Eakins allegedly refused to pull over and sped away. A chase ensued in which speeds reached 55 mph in a 30 mph zone.

The pursuit ended after “several” blocks and court documents say Eakins was placed in handcuffs. Eakins gave the deputy a false name but law enforcement was able to identify Eakins. The deputy was informed that Eakins was barred from operating a vehicle in the state of Iowa, did not have registration or insurance for the vehicle, and did not have an interlock device in the vehicle.

A K9 unit was called to the scene and authorities say deputies were alerted to the presence of narcotics in the vehicle. Drug paraphernalia and THC were discovered in the subsequent search.

Eakins was transported to the Wapello County Jail where he is being held on a $7,000 bond.