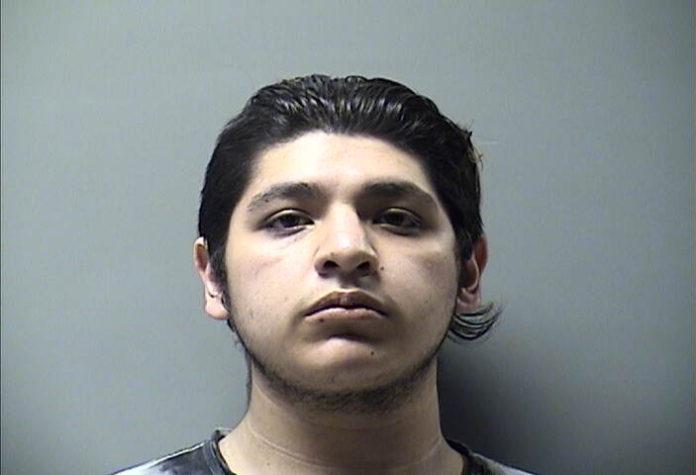 Juan Harland, 18, has been charged with assault while participating in a felony, assault on persons of certain occupations, eluding, second-degree criminal mischief, possession of marijuana, and possession of drug paraphernalia.

According to court records, at 1:35 AM, Harland was driving a 2009 Ford Fusion on South Sheridan Street in Ottumwa when law enforcement attempted to conduct a traffic stop. Harland did not stop and a pursuit began. Speeds reached 100 mph in a 55 mph zone.

The Wapello County Sheriff’s say the two front tires of Harland’s vehicle were flat. At that juncture, a deputy pulled a law enforcement vehicle in front of the Ford.

Court documents allege Harland accelerated, turned hard to the left, and struck the deputy’s vehicle which caused severe damage. The estimated cost of the damage is $5000.

A search of Harland’s vehicle after the pursuit produced a waxy substance consistent with marijuana and a smoking device.

Harland was arrested and transported to the Wapello County Jail. He was released after posting bond.