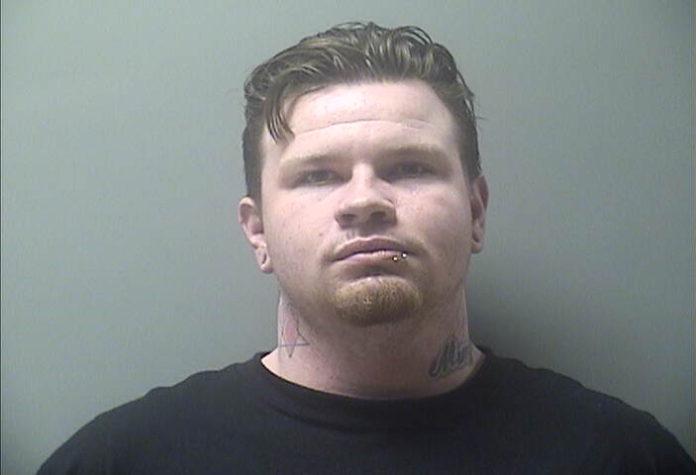 An Ottumwa man faces multiple charges after police say he entered a business, brandished a knife, and got into an altercation with an employee.

Lieutenant Jason Bell of the Ottumwa Police Department told Ottumwa Radio News that on January 31st around 5:30 PM, 27-year-old Brian Munyon was armed with a pocket knife when he entered the BP station on West 2nd Street in Ottumwa and observed two employees (a male and a female, who is Munyon’s girlfriend) engaged in a verbal argument.

Munyon allegedly pulled out the knife and went behind the counter that is not open to the public. Bell says Munyon got in between the two employees and displayed the knife in a threatening manner towards the male employee.

Munyon and the male victim exchanged words but Bell says no one was hurt during the incident.

A warrant was issued for Munyon’s arrest and he was taken into police custody on Monday, February 15th.

Munyon was charged with going armed with intent, a Class D felony, and assault while displaying a dangerous weapon, an aggravated misdemeanor.

Munyon is currently in the Wapello County Jail where his bail has been set at $7,000.