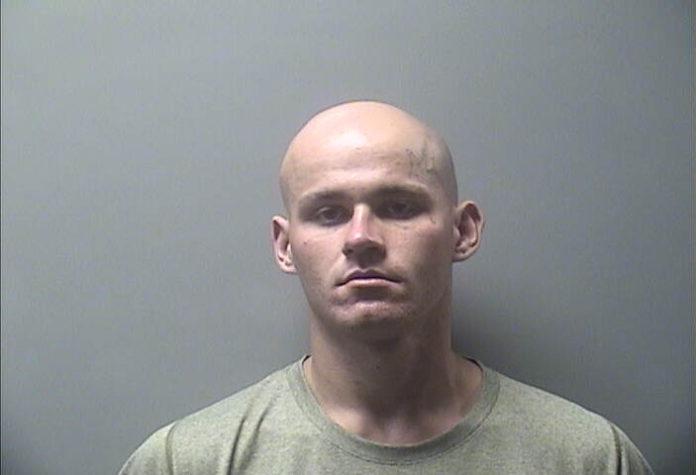 An Ottumwa resident is facing charges stemming from an attempted burglary on Saturday.

According to court documents, at around 2:32 p.m. on Saturday, May 22, 25 year old William Patrick Davis attempted to forcibly enter a residence on North Jefferson occupied by a mother and 4 children. Davis managed to kick open an exterior door, causing damages that did not exceed $1500, but was unable to gain access to the residence.

At around 2:46 p.m. on the same day near the intersection of Anna and 6th Streets, Davis was placed under arrest for a warrant on a separate charge not mentioned in the provided court documents. While being searched, court records state that used and bloody syringe was located in the front left pocket of his shorts. Davis allegedly stated that he was under the influence of methamphetamine, and that the syringe was empty because he had used all of it.

Davis has been charged with Attempted 2nd Degree Burglary (A Class D Felony), 3rd Degree Criminal Mischief (Aggravated Misdemeanor) and Possession Of Drug Paraphernalia (Simple Misdemeanor). He is currently in the Wapello County Jail on a $7000 bond with a preliminary hearing set for May 28.