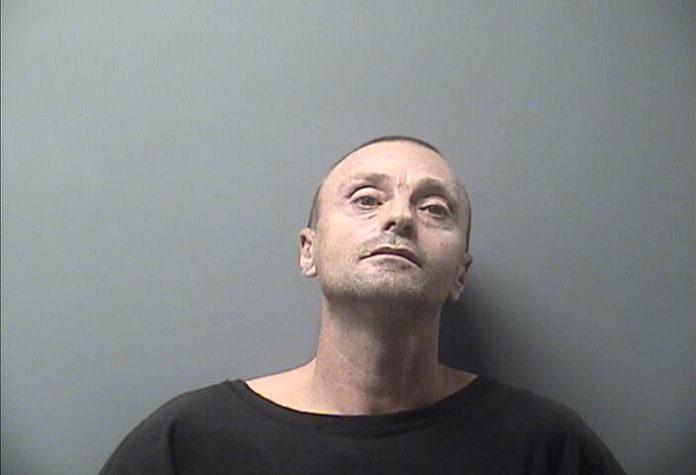 An alleged violent struggle during a traffic stop has left an Ottumwa man facing criminal charges.

According to court records, at around 8:45 p.m. on September 7th, 46 year old Christopher Lee Cox was pulled over near the intersection of E. Highway 34 and Church Street for driving with a suspended license. The incident report states that Cox stepped out of his vehicle and argued that his license was not suspended while simultaneously refusing commands to get back into the vehicle.

Upon being placed under arrest for driving while suspended, the report states that Cox pulled away from the arresting officer. He then allegedly grabbed the officer by the top of the head and neck area in an attempt to avoid getting arrested, refusing multiple commands to stop resisting. The officer received an injury below the right eye.

Cox has been charged with Assault On A Peace Officer Causing Bodily Injury (an Aggravated Misdemeanor) and Interference With Official Acts Causing Bodily Injury (a Serious Misdemeanor), in addition to Driving Under Suspension and No SR-22 Insurance. He was taken to the Wapello County Jail on a $2,000 bond, which was posted on Thursday, Sept 9. A preliminary hearing in the case is set for Wednesday, September 15.