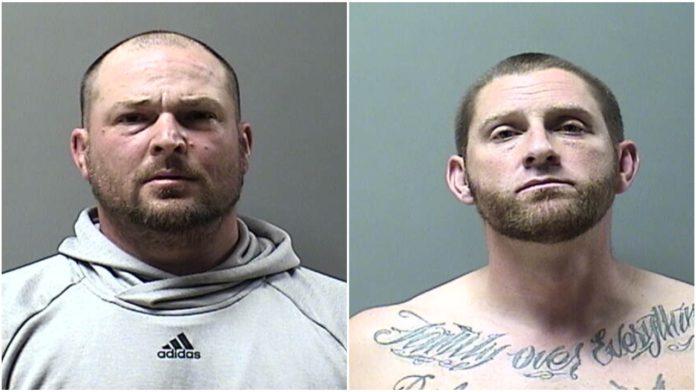 According to court documents, a vehicle being driven by 38 year old Kory Joe Derby was pulled over by Ottumwa Police due to the passenger, 40 year old Kenneth Daniel Mcantire, having a valid arrest warrant. Upon making contact with the passenger, the officer claimed to notice a smell of marijuana coming from the vehicle. A probable cause search was performed, resulting in the discovery of a bag of marijuana and a bag of methamphetamine on the passenger side floorboard. The incident report claims that Mcantire admitted to smoking marijuana earlier in the day.

Upon further search of the vehicle, Derby was allegedly found to be in possession of approximately 75 grams of marijuana in multiple bags, along with a digital scale and $859 in cash. The report claims that Derby admitted that the marijuana was his. The report further claims that Derby was found to be in possession of 10 Clonazepam pills, 11 pills of Promethazine Hydrochloride, 4 pills of Valium, and a bag of methamphetamine that was discovered upon being searched by intake officers at the Wapello County Jail.