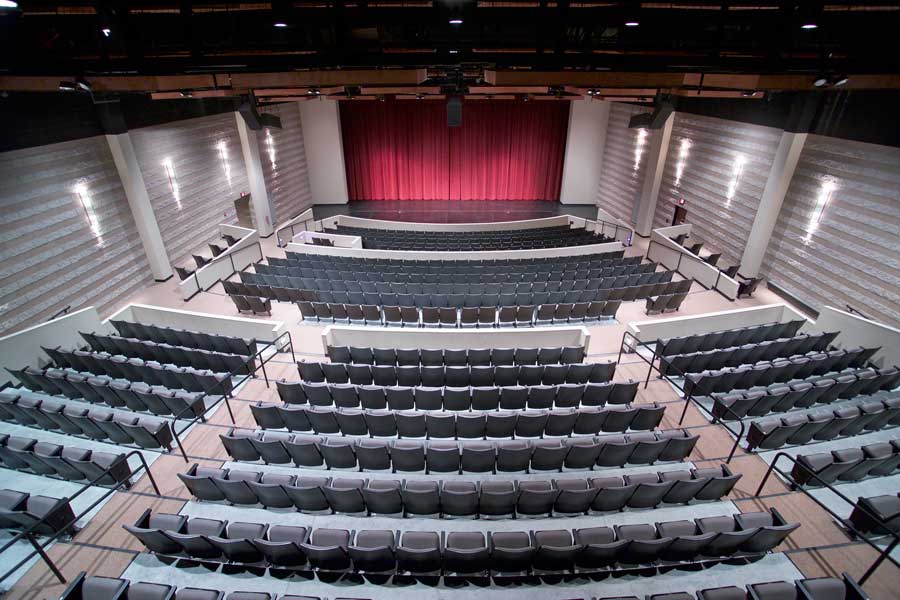 Ottumwa Community Players announces its 63rd theatrical season line-up for 2016-2017 with a series of hit shows, all of which will be seen on the main stage at Bridge View Center.

To kick off the season, OCP’s free annual fund-raiser, “Ovation 63” will be held Saturday, October 8 at 7:30 p.m. at Bridge View Center.  That evening, songs and stories reflecting the organization’s 63 years will be shared plus awards will be given to outstanding performers from last season.  OCP invites you to join them October 8th, bid on one of their themed gift baskets, and enjoy an evening of free entertainment.  Season tickets will be on sale that evening as well.

The season’s first show is a well-known thriller.  “Wait Until Dark” directed by Victoriana Wiebe will be held November 4, 5, and 6.  The show follows a recently blinded woman who is terrorized by a trio of thugs while they search for a heroin-stuffed doll they believe is in their apartment.  Auditions for this show will be announced soon on Facebook.

The Grammy and Academy Award winning musical, “Godspell” will be held February, 24, 25 and 26.  Under the direction of Jeff Leonard, a group of Christ’s followers tell different parables by utilizing a wide variety of games, storytelling techniques and a hefty dose of comic timing.  Songs range in style from pop to vaudeville as the story of Jesus’ life dances across the stage.   Michael Philipsen will serve as musical director and audiences will love to hear so many familiar tunes from this show which include, “All Good Gifts,” “Learn Your Lessons Well,” and “Day by Day.”

Megan Bell directs the final show of the year.  “Steel Magnolias” is a comedy-drama play about the bond among a group of Southern women in northwest Louisiana.  Written by Robert Harling, the piece is based on his experience with his sister’s death.  The title suggests the “female characters are as delicate as magnolias but as tough as steel.”

Ottumwa Community Players held its annual election of officers earlier this month and Leonard was elected President; Pam DeBoer, Vice-President; Jim Clingman, Secretary; and Dale Terrell, Treasurer.  Information about the organization can be found on their website and on Facebook.  For information about purchasing season tickets, contact Clingman at [email protected] or 641-777-3468.