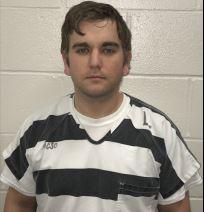 A southeast Iowa man has been charged with various sex crimes involving minors.

The Albia Police Department says Andrew Richardson, 30, of Oskaloosa received sexually explicit photos of a juvenile female. Richardson allegedly described himself as a 16-year-old boy on social media when he received the images.

Further investigation revealed that Richardson was in possession of other sexually explicit photographs depicting juvenile females. Authorities also say that evidence was found that showed sexual contact between Richardson and a juvenile female.

Richardson is currently in the Monroe County Jail on a $75,000 cash only bond.

Law enforcement is still investigating Richardson’s activities. Anyone with information is encouraged to contact the Albia Police Department at (641) 932-7815 or the Division of Criminal Investigation at (515) 725-6010.