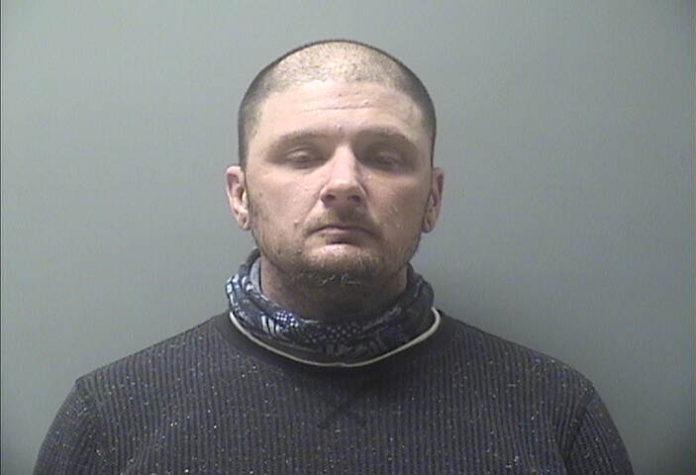 An Ottumwa man is accused of forcing his way into a residence and threatening a woman.

43-year-old Damian Barndt has been charged with domestic abuse assault, a felony, child endangerment, trespass, and interference with official acts.

At approximately 6:30 PM on Sunday, April 25th, court records say Barndt forcefully entered a home on East Second Street, a residence he had not lived in for over a year. Barndt allegedly refused to leave when asked by the occupants. The police were called when Barndt began to make threats.

According to authorities, Barndt was holding a screwdriver when he threatened to stab a female occupant in the neck. Barndt and the victim were together for 14 years, had four children together, and have been separated for six years. A juvenile child in the home was so concerned with Barndt’s threats that he armed himself with a baseball bat.

Officers from the Ottumwa Police Department arrived at the scene and ordered Brandt to leave, which he ignored. Barndt also allegedly refused to drop his weapon and had to be disarmed by officers and placed under arrest. Court documents say the epidermis was removed from an officer’s forearm in the process.

Barndt is currently in the Wapello County Jail. His bond has been set at $7,000. Barndt has a preliminary hearing scheduled for May 3rd.