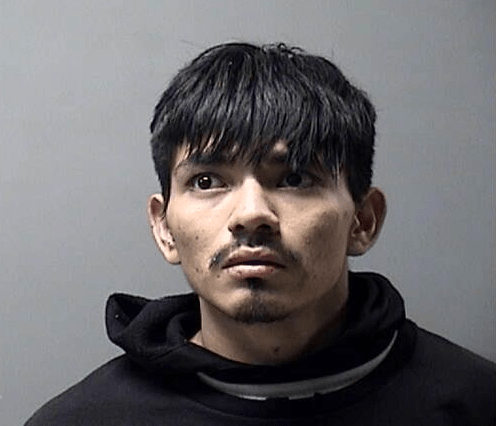 Ottumwa police say a homeless man broke into a home and threatened an occupant with a knife last week.

According to court documents, on January 21st at 4:22 PM, Ramirez-Gomez broke a window of a residence on South Elm Street and entered the home with the intention of committing a theft while armed with a knife. Ramirez-Gomez was confronted by an individual in the house. The victim threatened to call the police and Ramirez-Gomez subsequently fled.

While Ramirez-Gomez was attempting to leave the area, authorities say officers came into contact with him and ordered him to drop the knife. Ramirez-Gomez initially refused then dropped the knife and attempted to escape on foot.

Court records say Ramirez-Gomez was captured and during a search, a baggie of methamphetamine and a glass smoking device was found on his person.

Additionally, Ramirez-Gomez allegedly gave law enforcement a different name and a date of birth that would indicate that he is 17 years old.

Ramirez-Gomez was placed under arrest and transported to the Wapello County Jail. His bond has been set at $30,000.