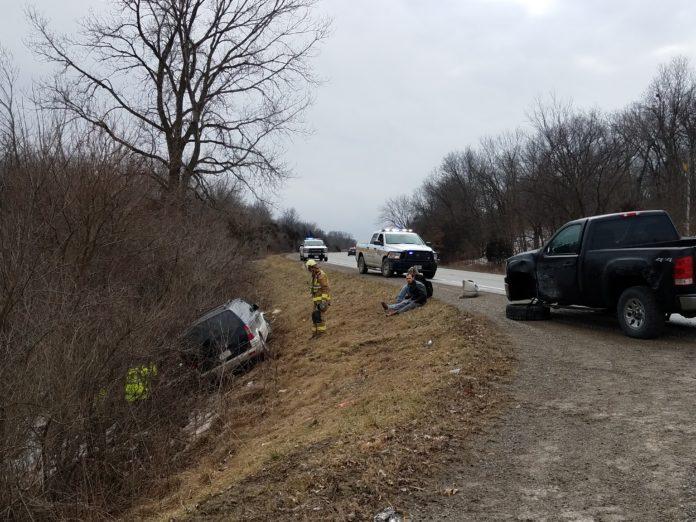 A motorist was injured in a two-car accident on Highway 63 on Sunday afternoon.

Deputy Todd Caldwell of the Wapello County Sheriff’s Office told Ottumwa Radio News that a truck was traveling southbound on Highway 63 and had intentions to make a left turn onto 48th Street.

A van also driving southbound attempted to pass the truck from behind but struck the vehicle while it was making the turn.

The collision left the truck on the opposite shoulder without a wheel. The van rolled into a ditch on the northbound side of Highway 63.

The driver of the truck was transported to the hospital with what are believed to be minor injuries.

Caldwell says the motorist operating the van will be cited for a passing violation. The driver was operating a vehicle without a license as well. According to Caldwell, more charges may be forthcoming. The identity of the driver was not disclosed.