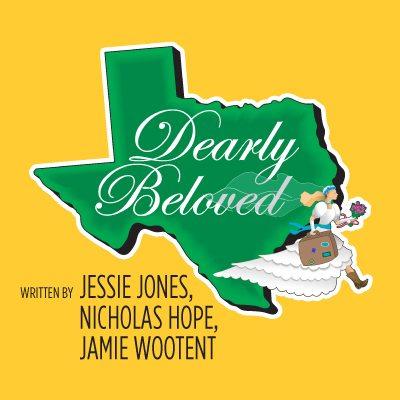 The Ottumwa High School Broadway Bulldogs spent a lot of time Tuesday afternoon working out the fine details of their curtain call for “Dearly Beloved.” The play is set to be performed Thursday and Friday at 7:30 p.m. as well as a Sunday matinee.

Tuesday was a busy day for the production cast and crew. The shift crew started at 9 a.m. working out the details of moving the set between scenes. DuringMonday’s rehearsal, it took eight minutes. The goal was one, according to Director Natalie Dommer. “It is not a simple thing,” she said. “You have to work together, don’t talk, and with minimal lighting.”

Then there were two 45-minute shows for the student body. At 3 p.m., students were finishing up the final rehearsal of the day and fine tuning their curtain call. They have one more day to make any last minute adjustments prior to Thursday night.

Dommer has directed district productions for 19 years. She was giving last minute directions as students rehearsed coming on and off stage to “Mustang Sally.” For many of the cast, it is their first time on stage. “Have fun [with the music], bow, then go off to your spots,” she said. “Do not clap for each other, that’s unprofessional. This should be as sharp as the rest of the show.”

There is more to a show than the actors on the stage. “I have an amazing stage manager, Kalina Eskew,” said Dommer. “It requires someone not afraid to take charge. It’s a tough job to do with your peers. Kalina can do that.”

Eskew, a senior, is enjoying the challenge. She has been on stage in several previous shows. Last year she worked behind the scenes and wanted a different challenge. “I wanted to try something new,” she said. “I like to be in charge of something.”

Creating the set and finding the right costumes are also important details. Dommer has collected costumes over the years, including during her stint working for a dry cleaner. Most of the gowns for this show came from the school’s prop room.

Set work was done on Mondays, Tuesdays, Thursdays and Saturdays. “Whoever is free or wants to help,” said Jenna Post. Post, a junior, has her first speaking part this year.

Another junior, Gennifer Bowman, said art club also helped with set painting. “It’s a great chance to help out with the show,” she said.

During rehearsals, students become their characters. “In the end, I call them by their character names,” Dommer said. Sometimes it takes the make-up and costume for students to really get into character. “It takes a lot of work to portray older characters.”

Laughter and fun is also part of the process. “With all the southern accents, there have been lots of accidental words,” said Jennifer Culver, a junior who plays Frankie, the main character.