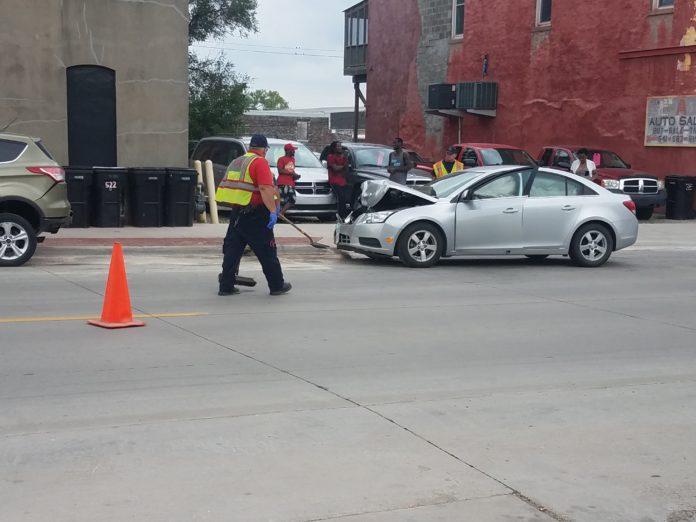 A motorist escaped serious injuries from an accident Sunday morning in downtown Ottumwa.

According to the Ottumwa Police Department, a silver 2015 Chevy Cruze was traveling eastbound on East Main Street around 9:53 AM. On the 500 block, the Chevy struck a legally parked car on the curb which crashed into another parked car in front of it.

The silver vehicle sustained heavy damage to its front and its airbags deployed. The driver, who was the only occupant of the car, suffered minor injuries. She refused any medical treatment.

The motorist has been cited for failure to control and violation of restricted license. The Ottumwa Police Department, Ottumwa Fire Department, and Ottumwa Regional Health Center assisted in the accident investigation.