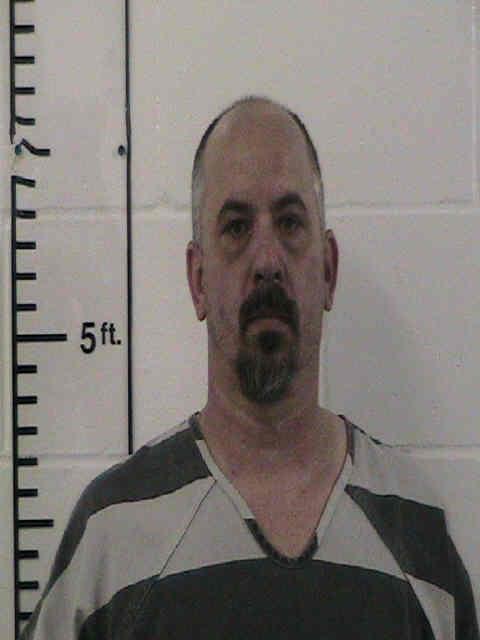 A New Sharon man has been arrested and charged with various sex crimes stemming from an April 2021 investigation.

According to a press release, on Saturday, April 24th, 2021, the Mahaska County Sheriff’s Office received a complaint from an adult female, reporting alleged sexual abuse by an adult male from 2004 thru 2015, while the victim was a juvenile. The abuse was alleged to have taken place at a rural Mahaska county residence. The Sheriff’s Office initiated an investigation into this matter. Since the start of the investigation, two additional adult female victims have come forward, alleging the same type of activity by the same adult male.

As a result of this investigation, Sheriff’s Officials have charged 44-year-old Christopher Robin Sampson of New Sharon, with 2 counts of Lascivious Acts with a Child (Class C felony), 2 counts of Indecent Contact with a Child (Aggravated misdemeanor) and 4 counts of Lascivious Conduct with a Minor (aggravated and serious misdemeanors). The charges were filed in Mahaska County District Court and an arrest warrant was issued for Sampson.

At approximately 4:15 p.m. on Tuesday, May 4th, Sampson was taken into custody by Sheriff’s Deputies at 303 West Market Street in New Sharon, pursuant to the warrant. Sampson was transported to the Mahaska County Jail where he was incarcerated. Because there was no bond attached to these warrants, Sampson will make his initial appearance in court tomorrow.