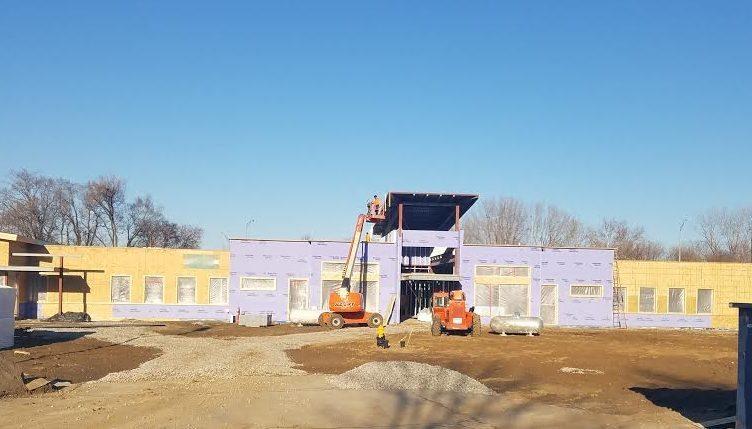 The site of the former Food Bonanza building in Ottumwa has seen some drastic changes in the last few months.

The 36 year old asbestos ridden grocery store has been torn down and a new medical clinic has risen from its rubble.

Colby Edel, a project engineer with Downing Construction based in Indianola, told Ottumwa Radio News that crews have primarily moved inside. “The weather has been perfect for construction, we’ve been able to get a lot done,” Edel said.

A fluctuating crew of between 20 and 35 men are now busy setting up framing for what will become offices, waiting rooms, exam rooms and more. Next comes electrical, plumbing and other infrastructure.

Edel says that crews hope to hand over the keys to the new building in late June. He says Mercy could have the new clinic operating sometime in July.

The Clinic will provide dedicated areas for Family Medicine, Internal Medicine, Urgent Care and Physical Therapy. It will, also, have the latest digital technology necessary to support those services. 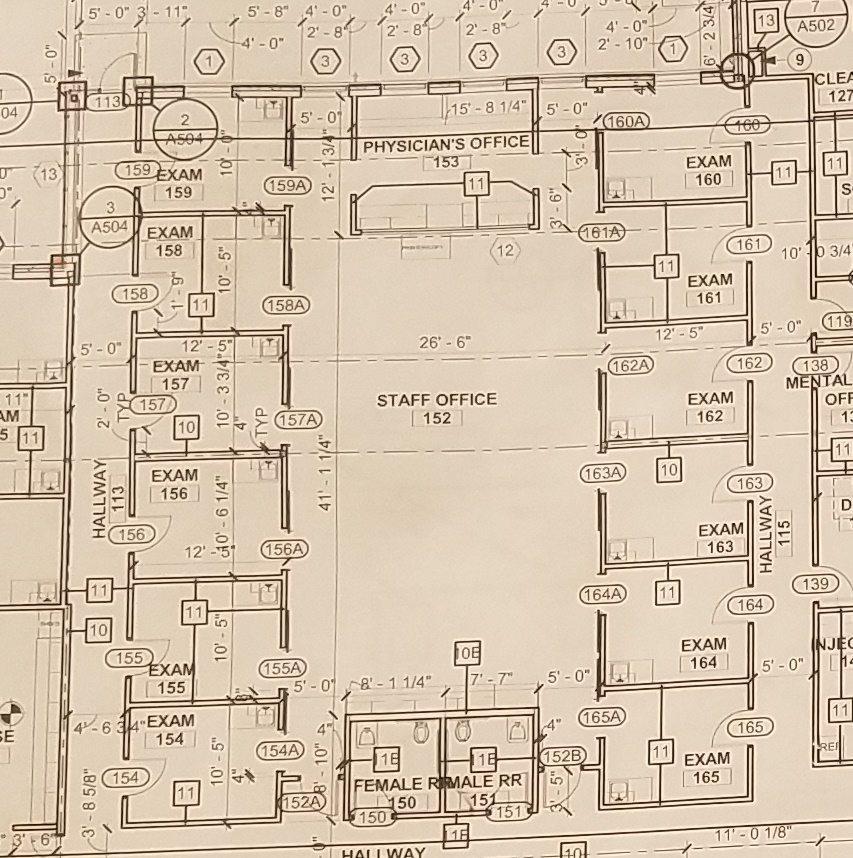 The building features a unique design which is expected to help physicians have a space to gather, interact and discuss patient’s needs. Exam rooms will be built into several pods. The pods are bordered on the outside with the exam rooms, with a staff office in the middle.  This gives physicians, nurses and other assistants the ability to gather while keeping track of patient status in one central location. Patients will enter an exam room from one doorway in the hallway, while the physician or nurse will enter from another doorway, which leads to the staff area.

The building will not be complete when it opens in July. A large space, nearly one quarter of the building on the east end of the site, has been set aside for a future project.  It currently features a gravel floor and has no walls.

Edel says that Mercy has formulated plans for the ‘shell space’ but that those could change before construction begins on that part of the building.

The project was made possible, in part, thanks to a grant award from the Ottumwa Regional Legacy Foundation. The Foundation has committed $600,000 to the project. The donation will cover the cost of important clinical technologies.

Total construction on the six-acre site is estimated at more than $18 million. The new 32,800 square-foot clinic will retain 38 of its current staff plus 19 additional staff members throughout the next few years— including physicians, nurse practitioners, physician assistants and other medical professionals to deliver the expanded services.