If there is one thing college taught me, it’s that sometimes the overpriced books we buy actually have decent information that will stick with us forever. It also taught me to photocopy books, which is a grey legal area, and I do not endorse you to do it in order to save hundreds of dollars a year if you’re in college. Definitely don’t do that to save boat loads of money. 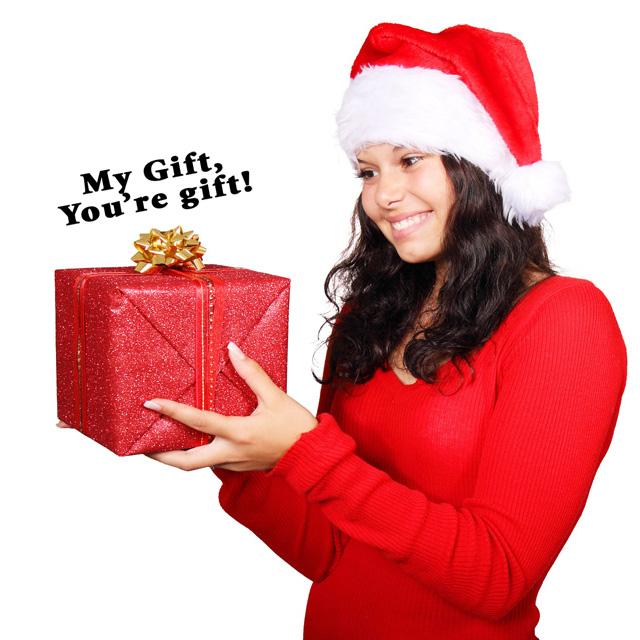 A book that comes to mind that stuck with me is known as The Gift, written by French Sociologist Marcel Mauss. This blog will get heavy, but I promise I won’t turn it into a research paper. Mostly. As I said in my previous blog, that ain’t me. There is a lot of heavy-handed and nuanced comparisons in the book, as well as its advocacy towards a socialist viewpoint blah blah blah. I’m not here to talk about why or why not governments need to do X, Y, or Z. At least in this blog. The main point I want to talk about is the defining term for a gift.

I mean, what is a gift? What does it mean to give? Is it better to give than to receive? I can answer the last one. If I had 0 dollars, and was given 5 million dollars, I would be pretty happy. But if I owed the government 5 million dollars due to getting caught in a Ponzi Scheme, not so much. Perspective.

As for what is a gift; By definition, it’s something given with no expectation of reciprocation. For example, if a mob boss gave you a sweet new Ford Focus(I mean, who doesn’t love a nice fuel efficient sedan?), but then asked you to ‘take care of’ Mad Mike, the Ford Focus wouldn’t be a gift.  An expectation of reciprocation, in my humble opinion, can’t be considered a true gift.

Now keep in mind, this is the conclusion I’ve drawn from my life experience. I’ve had plenty of occasions where I was given nice things, but had expectations thrust upon me because of something nice I was given freely. I don’t consider what I was given a gift, but instead I think of it as down-payment for a job I hadn’t signed on for. If someone does this to you frequently, make a deal with them instead, or don’t accept their gifts.

Where was I? Right. Let’s look at some of history’s most epic true gifts and see where we stack up. It will make sense later. Ever hear of The Statue of Liberty? France thought we were so cool back in 1884 that they made us a giant copper statue. We had trade agreements and the like with France, but a big statue we have to lug around and find a place for doesn’t scream “expected reciprocation” to me. Another great gift was the Taj Mahal, where Emperor Shah Jahan lost his wife in 1631, and had twenty thousand dudes build it in her honor. Some say diamonds are forever, but I would argue a giant palace in your memory for AFTER YOU’RE DEAD is a close 2nd. Fun fact, the Empress Mahal had 14 kids. Wow.

I point these gifts out because they are incredibly large and boisterous examples of what makes a gift, and the act of giving in both cases did little to benefit the giver. True, both gifts in today’s age make great tourist destinations, but I highly doubt the French were thinking, “Hey Americans, Want some sick green? We got you.”

Now you may be asking yourself where your gifts stack up this year, and is what you’re giving someone really a gift? First, don’t worry if you can’t afford something like a palace, or a giant copper statue. Monetary value is not intrinsic to a gift by literal definition(and anyone demanding expensive gifts should pop up some serious red flags). I created today’s blog with two points. To point out what a gift is, and to give a direction on gift giving. It’s all about the act of giving. When giving a gift, think of one thing. If you give something to someone, and the only thing you’re getting out of it is a warm feeling of generosity, then you’re probably set. And if they don’t like it, whatever! They didn’t have it yesterday, and they don’t need it today.

Giving something with an expectation doesn’t make that something a gift, but the opposite is true. Having an expectation of what you’re receiving doesn’t make it a gift either. It makes it a payment, reward, or a compensation. Not Cool cousin Jenny(you didn’t need that movie anyway, I just thought you might like it!)

If you’re all sorts of confused after reading this blog, don’t worry about it. It’s my gift to you. A pretty crappy one that reads like an inner monologue of genius toddler, but still it’s my gift. Just think about what you’re giving, and what you’re receiving. And just accept it and have fun. You aren’t owed gifts, and gifts you owe aren’t really gifts. If you’re going to give something this holiday season, then give.