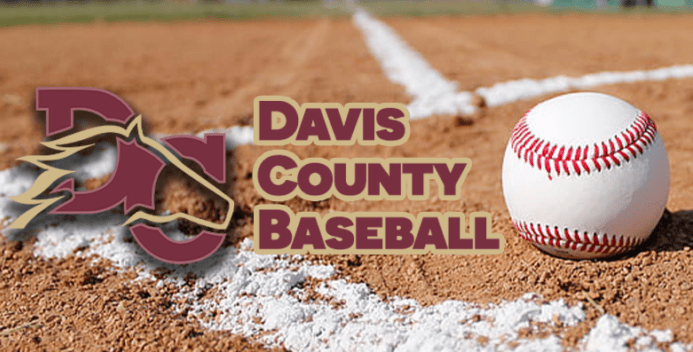 In a battle of the top two teams in the South Central Conference, Davis County jumped in front in the first inning and didn’t look back.

Maeder shut out the Rockets through the first five innings but EBF was able to break through with two runs in the sixth inning. An RBI single by Braxton Malloy and an RBI fielder’s choice by Skyler Young led to the runs.

Mustang reliever Nolan Cremer entered the game and retired the final two batters of the sixth inning and induced a game-ending double play after a one-out single in the seventh inning to salt away the Mustang win.

Maeder moved to 3-0 on the year. The senior pitched 5.1 innings, allowing two runs on four hits. He walked one and struck out eight.

EBF starter Braxton Malloy (1-2), who entered the game with an ERA of 0.40, settled down and shut out Davis County the rest of the way after the rocky first inning. Malloy allowed five runs on ten hits. He walked a batter and struck out four.

Davis County outhit EBF 10-5. Every hit in the game was a single.