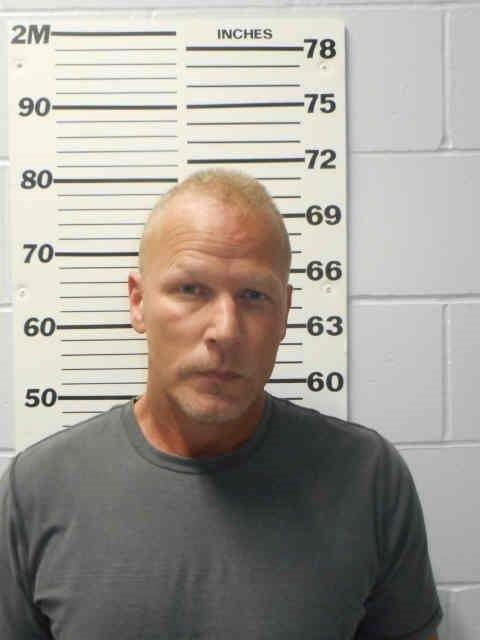 No one was seriously injured and a Mount Pleasant man was arrested for allegedly holding a woman against her will early Sunday morning.

48-year-old Chadely Yeakey has been charged with domestic abuse (display or use of weapon), kidnapping, willful injury, and possession of a firearm by a felon.

At 1:15 AM, Mount Pleasant police responded to the 200 E South Street trailer court on reports that a female ran to a neighbor’s home and told the occupants that she had been tied up by Yeakey. Police say witnesses observed Yeakey dragging the woman back into their residence.

Officers were unable to make contact with Yeakey or the woman and made their way into the trailer. Police say law enforcement spoke with Yeakey who had a knife and would not let the woman leave. Additionally, Yeakey and the female were barricaded back bedroom.

After 90 minutes of conversation, police say Yeakey eventually released the victim. She was immediately taken to the Henry County Health Center for treatment.

According to authorities, the stand-off continued because Yeakey refused to drop the knife or surrender. He was talked out of the bedroom after a few more hours and surrendered without incident.

Yeakey was taken into custody and transported to the Henry County Jail.

Ottumwa School Board Approves Purchase of Market on Main