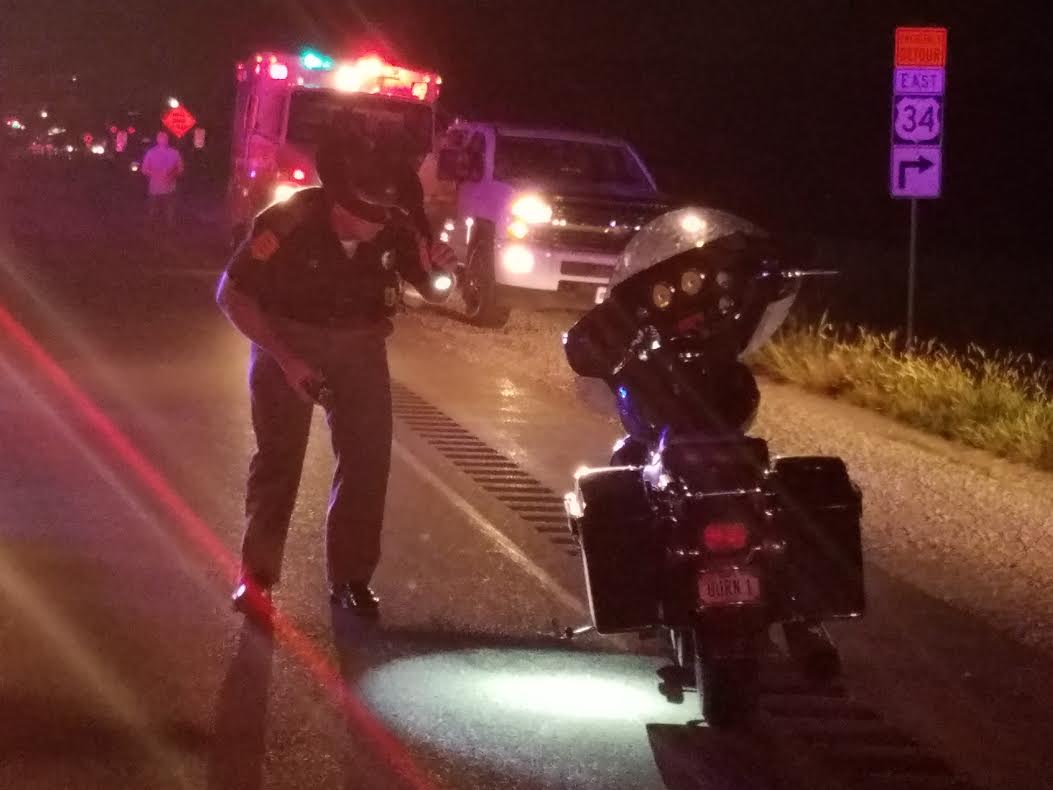 An Ottumwa motorcyclist was injured Friday evening in a motorcycle crash on Highway 34 near Rocket Fuel just outside of Ottumwa.

Officials responded to the scene at Highway 34 and 87th at around 8:30 Friday night. Initial reports indicated that a vehicle had struck a motorcycle, then fled the scene.

Wapello County Sheriff Deputies say that doesn’t appear to be the case. They quickly found the vehicle in question near the Quincy Shopping District, without any damage.

Deputies say that the cyclist likely ‘laid it down’ in order to avoid hitting the vehicle. They were unsure the exact circumstances that led to the crash.

First Responders quickly freed the man who was pinned under his motorcycle. He was transported to the Ottumwa Regional Health Center with what deputies described as ‘less than serious’ injuries. The man was conscious and speaking with paramedics while firefighters worked to free his leg.