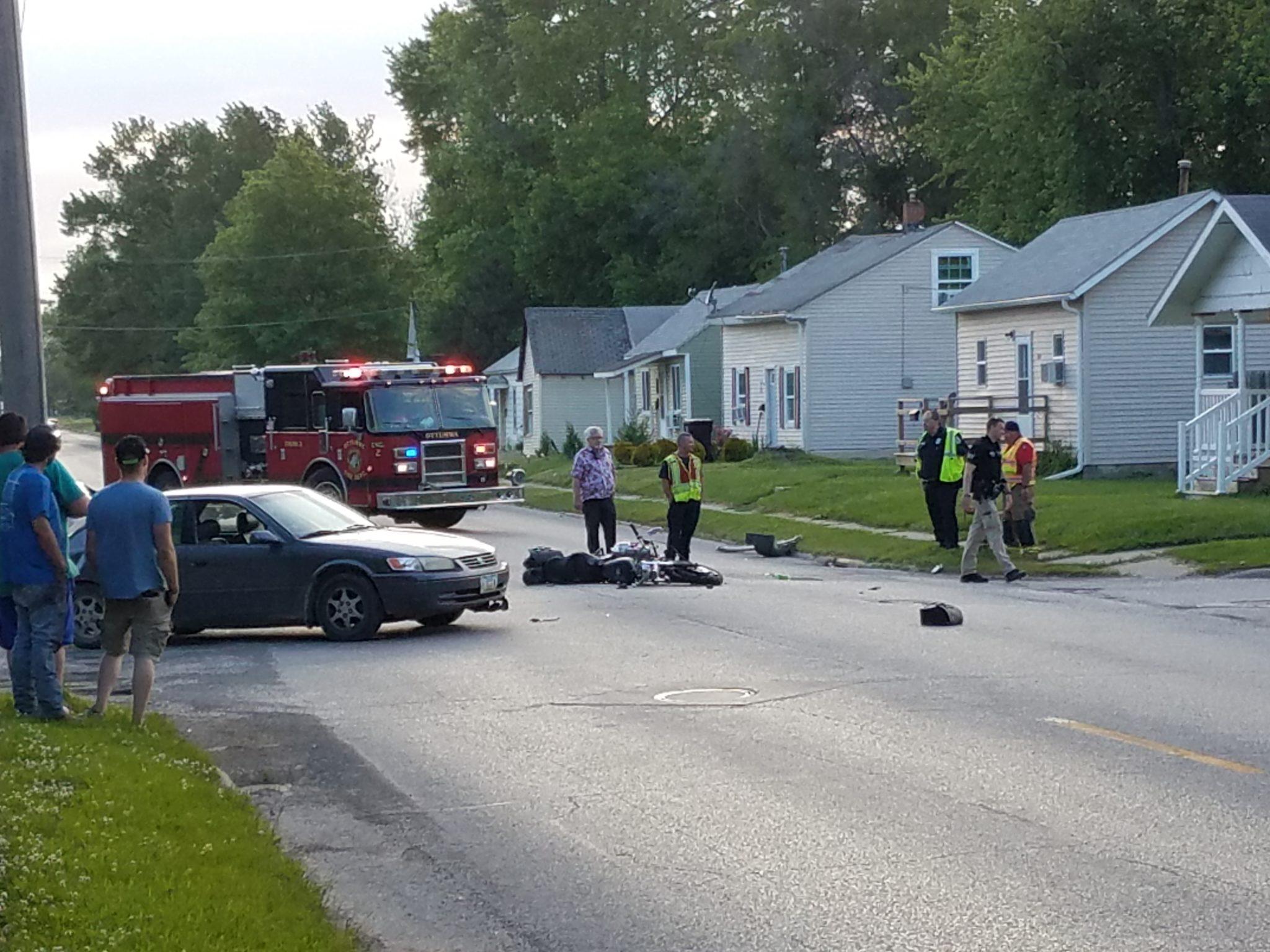 A motorcycle driver was transported to the hospital after an accident Sunday evening in Ottumwa.

Emergency crews were called to the corner of James and Mary Street around 7:00 PM. A car and motorcycle collided.

The driver of the vehicle was checked out at the scene but refused further medical attention. She lives within a block of the scene and authorities allowed her to walk home.

The motorcycle was in fragments at the scene of the accident. The motorcyclist has not been identified but his injuries are believed to be serious.