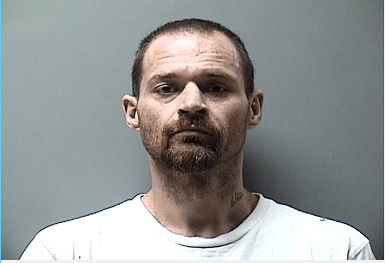 A Missouri man is behind bars following an investigation into a burned vehicle left in a remote area.

Further investigation by the Wapello County Sheriffs’ Department led to allegations that 37 year old Benjamin Franklin Felter of St. Louis, Missouri was responsible. It was also alleged that Felter had been in the Ottumwa area during the same time frame with another stolen vehicle, this one stolen from Kirksville, Missouri on April 22. Warrants in Felter’s name were subsequently issued.

Felter was transported from Missouri and booked in the Wapello County Jail on July 1, 2020. He has been charged with 1st Degree Theft, 2nd Degree Theft, 2nd Degree Arson, 1st Degree Criminal Mischief, 3 counts of Unauthorized Use of Credit Cards, and Possession of an Incendiary Device in a Correctional Facility. Felter is currently being held at the Wapello County Jail in lieu of $51,000.