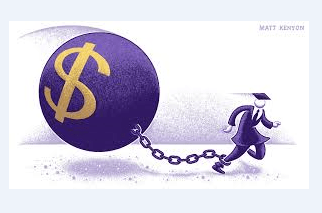 Iowa’s Attorney General is joining his colleagues from 21 other states in an effort to forgive former ITT Tech students from student debt.

Tom Miller and the other attorneys general want the head of Federal Student Aid to immediately forgive borrowers from the now-defunct school.

The attorneys general note that approximately 52,000 former students are eligible for nearly $833 million in closed-school discharge relief. To date, only 7,000 students were granted this relief. There were two ITT Tech campuses in Iowa located in Des Moines and Cedar Rapids.

In their letter to Federal Student Aid COO Mark Brown, the attorneys general say the law dictates the students should be excused from paying their loans.

“Federal law requires the department to automatically forgive the student loans of students attending within 120 days of a school’s closing for students who did not obtain their degree and have not transferred credits into the same program at another school. The attorneys general have asked that the 120-day window be expanded “due to the deeply compromised nature of the school and its offerings in the months before its national collapse.”

ITT Tech announced they were shutting down its campuses in September 2016. Later that month, the former technical institute filed for bankruptcy.