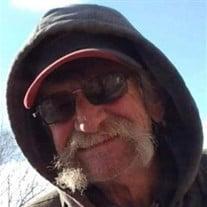 Michael Paul Lewis, 67, of Rose Hill, Iowa, passed away Saturday, February 26, 2022, at the Mahaska Health Partnership E.R. in Oskaloosa, Iowa. He was born on April 14, 1954, at the Mahaska Hospital in Oskaloosa, the son of Paul “Bud” R. and Mary Ann (Steele) Lewis. He attended the Oskaloosa High School and graduated with the Class of 1972. In 1990 he was united in marriage to Julie Lewis. Years later Mike and Julie divorced. On October 19, 2007, he was united in marriage to Ellen Gay in Dubuque, Iowa.

Mike started working at a young age for his father making bed frames. He then went to work for Brackins until taking a job as a heavy machine operator for Manatts. He worked for a short time at Wright Tree Service until lastly, he was working as a bulldozer operator and truck driver for Iowa Bridge and Culvert. Mike enjoyed fishing, ice fishing and mushroom hunting.

He was preceded in death by his parents Bud and Mary Ann Lewis; a brother, Jimmy Lewis and a sister, Denise Feeney.