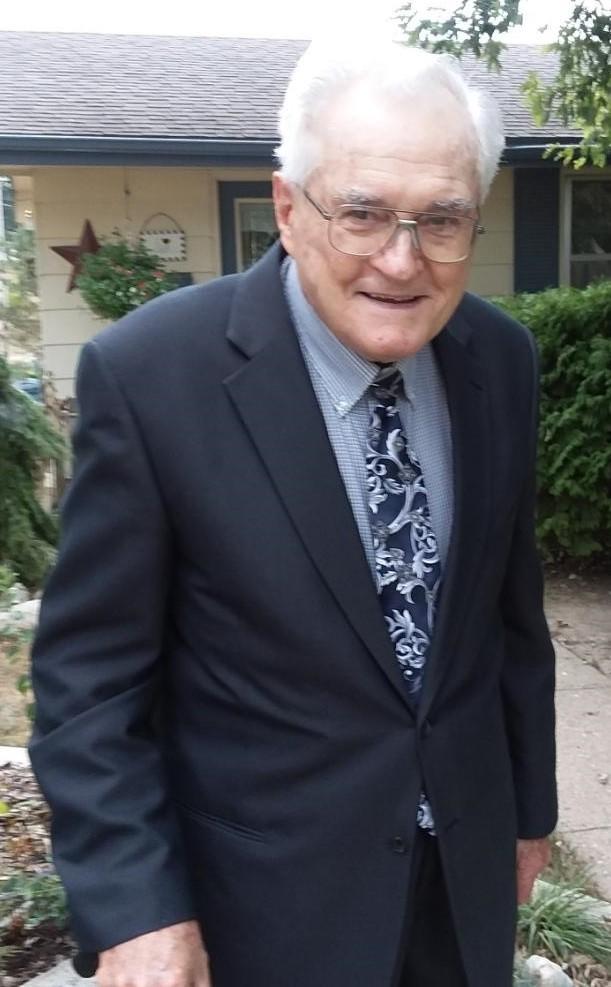 Merle was born on March 4, 1928, the son of Hallie and Gladys (Smith) Prater.  He graduated from Cowden Illinois High School. In his earlier adult years, Merle sang with the Gospel Trio.  He was united in marriage to Mattie Faye Whittington on August 26, 1948 in Louisiana.

After getting married, Merle and Mattie moved back to Illinois, where Merle farmed and worked in oil fields.  He also preached at a church in Ramsey, Illinois during this time.  In 1956, the couple moved to Eaton, Ohio, where he also farmed and preached.  In March of 1968, the Prater family moved to their farm west of Moravia, Iowa.  Merle farmed and preached at Promise City Church of Christ for 42 years.  Concurrently, he worked at John Deere in Ottumwa, where he retired after 15 years.

Merle loved his cattle and visiting with people, especially family.  Even though he wasn’t a veteran, Merle was very passionate about the Welcome Home Soldier Monument in Albia.

Merle was preceded in death by his wife, Mattie Prater; his parents, Hallie and Gladys Prater; his daughter-in-law, Sharon Prater; his brother, Malburt (Violet) Prater; and his sister, Margaret Prater.