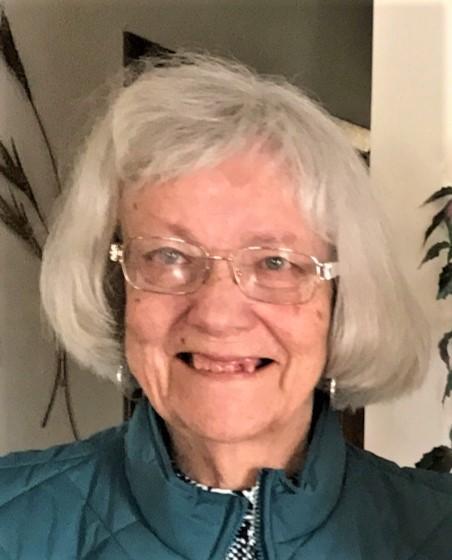 She was born on October 20, 1942 in Centerville, Iowa to Emerl and Bessie (Cochran) Fenton.  She graduated from Seymour High School in 1961 and went on to attend Indian Hills Community College.

On June 30, 1963, Mary Lou was united in marriage to Jimmy Levis in Centerville, Iowa. Jimmy and Mary Lou farmed for 25 years around the Sewal, Iowa area. While farming, she also worked at a coop in Sewal.  She later went to work at Iowa Southern Utilities/Alliant Energy in Corydon and then in Centerville, Iowa where she eventually retired.

Mary Lou was a long-time member of the Corydon Bible Church and currently a member of Midway Baptist Church. She was very involved in various church activities.  She was a Sunday school teacher, VBS teacher and sang in the choir and always opened her home for visitors to the church.

Mary Lou loved her family and always enjoyed bragging about her kids and grandkids.  She was so excited and looking forward to becoming a great-grandma in August.  She attended all of her kids’ activities and enjoyed attending or hearing about all of her grandkid’s activities.  She was a collector of teapots and always enjoyed the time the grandkids would come and visit in the summer.  She would take them camping, to the fair and cooking/baking with them.  She enjoyed spending time with ones in the Amish community and formed amazing friendships.

She is survived by sisters Beulah DeVore of Seymour, Iowa and Betty Burns of Urbandale, Iowa. Her daughters Sheila and her husband Scott Gipson of Beach City, Texas, Sherri and her husband Adam Schmidt of Cedar Falls, Iowa, and her daughter in law Carrie Levis of Blythedale Missouri. Along with her eight grandchildren Brooke Carrillo, Mitchell and Madison Bower, Peyton Schmidt, Jessica, Megan, and Gage Levis, and Klint Stark, sister-in-law Betty Couchman and her husband Richard of Corydon, Iowa, as well as sister-in-law Carol Fenton.