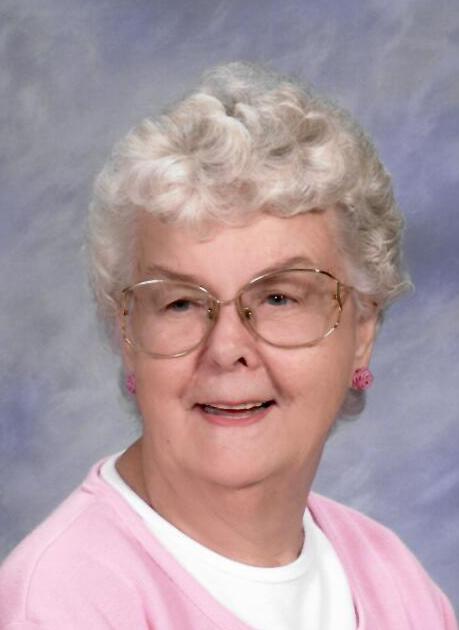 Mary Elizabeth Newlon Fleig, age 93, formerly of Fairfield, Iowa, made her transition to eternal peace reuniting with those she loved who had gone before her, on July 26, 2022 at the Manor House Care Center in Sigourney, Iowa, where she had resided for the past two years.

Mary was born January 6, 1929, at her grandparents’ house in Fairfield, to Willis Dempsey and Mary Margaret (Rusk) Newlon.  Mary was a longtime resident of Fairfield.  She married Milburn Dwight Fleig on October 16, 1949 in a double-ring wedding ceremony at the First Baptist Church in Fairfield, where she was a lifelong member, along with her lifelong best friend, Alice (Kane) Ferrell who married Jim Ferrell.  Mary and Milburn farmed and raised registered black angus cattle on their farm southeast of Libertyville.  They were divorced in 1970.

Mary graduated from the Fairfield High School in May of 1947 with honors.  She was a hard worker and community volunteer.  Some of the places Mary worked were the Broadway Bakery, Woolworth’s, Spurgeons, and Refa’s Gift Shop.  She also owned and operated the Libertyville Grocery from 1968 to April of 1973.  Mary was the Office Manager for the City of Fairfield Water Department from May of 1973 until her retirement in 1992.

Later in life, she was fortunate to share her time and love with Mr. Merrill Miller of Burlington, Iowa.  Many trips throughout the world were enjoyed by both of them, as well as spending winter months in Texas together.

Mary enjoyed talking to people and gave her time freely to her community.  She served on the Fairfield Senior Citizen Center Board of Directors for many years, and was a member of the VFW Ladies Auxiliary and the Eagles Aerie 1927 Auxiliary.  She developed macular degeneration later in life and assisted with the Vision Support Group of Jefferson and Van Buren counties.  Her most cherished times were those spent with her family, whom she loved very much.

Mary will be greatly missed by her children, Marilyn (Casey) Cannon of Spring, Texas; Leonard (Kay) Fleig of Lincoln, Nebraska; and her grandchildren: Tracy, Kristopher, Michelle, David, Amy, Mandy, Shelby and Will, as well as her sixteen (16) great grandchildren.

Mary’s family is deeply appreciative of those who assisted her during her time living at the Manor House Care Center.

Cards and memorials may be mailed to Marilyn Cannon, 2734 Alderleaf Place, Spring, Texas 77388.  Memorials may be made to the “Milestones Area Agency on Aging” (formerly called the Fairfield Senior Citizen Center).