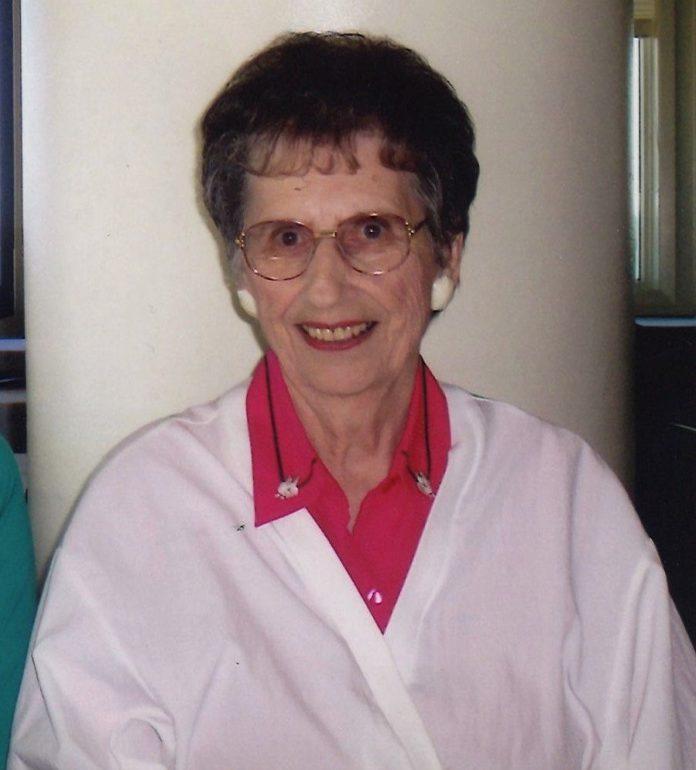 Marie was born on September 30, 1925 in Appanoose County, Iowa, the daughter of George and Tina Kauzlarich.  She attended Rathbun schools.  After school, Marie relocated to Phoenix, Arizona and worked in a plant, packing parachutes for the troops during WWII.  She then moved back to Iowa, where she spent the remainder of her life.  On March 17, 1945, she was united in marriage to Mervin Alonzo Ellison.  To this union, two children were born, Jim and Ron.

Marie and Mervin enjoyed many winters in Florida throughout the years.  She loved sports, especially watching her children and grandchildren play.  Marie was also fond of playing card games with family and friends.  She thoroughly enjoyed gambling and Bingo.

Left to cherish Marie’s memory are her children, Jim Ellison of Liberty, Missouri, and Ron Ellison (Patti Meyer) of Ottumwa; a sister, Rose Widmer of Silvis, Illinois; sister-in-law, Judy Kauzlarich of Centerville; a brother-in-law, Kenny Ellison of Ackworth; four grandchildren; eight great grandchildren; one great-great grandchild; as well as many nieces and nephews.

Cremation has been accorded.  Private graveside services will be held at a later date at Hillcrest Cemetery in Moravia.  In lieu of flowers, memorials have been established to the Moravia First Responders, and may be mailed to Lange Funeral Home and Crematory, ATTN: Ellison family, 1900 South 18th Street, Centerville, Iowa 52544.  Condolences may be shared online at www.langefh.com or on our funeral home Facebook page.