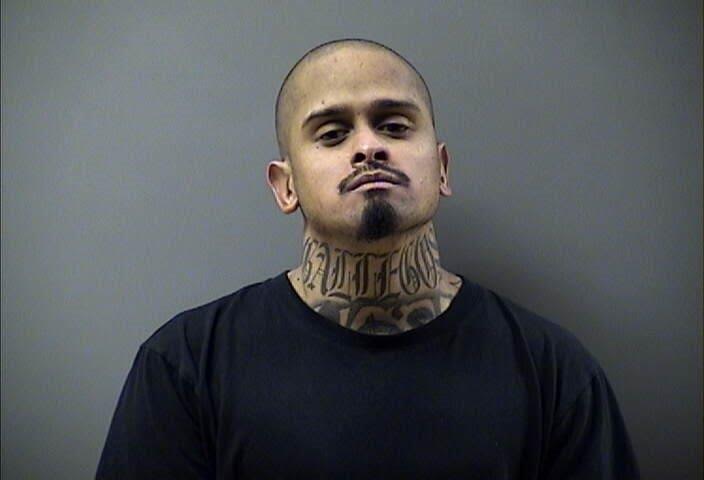 An Ottumwa Man is once again behind bars just months after he was released from prison.

The Gallegos name may sound familiar to many Ottumwans.

In September, 2009 Gallegos was arrested and charged with attempted murder. He’d been on the run for ten months after police say he shot another man with a shotgun in December 2008.

At the time of his 2009 arrest, officials confirmed that Gallegos was a known member of the Latin Kings Street Gang. The Latin Kings have been active since 1943 and include more than 100,000 members across the country. They have been known to commit Battery, racketeering, murder, Extortion, and Drug Trafficking.

Police didn’t catch up to Gallegos until he and two other men assaulted an Ottumwa Police Officer.

These cases tied together with others to bring a long and sometimes confusing trail of court cases.

Gallegos Jr and his father, Miguel Gallegos Sr. were both charged with attempted murder in state courts. They had both already been charged in a federal drug trafficking case as well.

Three others – Amado Gallegos, Domingo Zapata, Jr, and Norma Gallegos were all charged with counts including Harassment and witness tampering in relation to the drug trafficking cases.

Gallegos Jr. pleaded guilty to his 2008 and 2009 charges and received a ten year prison sentence as part of a plea agreement reached with the Wapello County Attorney’s Office. He was released from prison on May 6th, 2016.

Miguel Angel Gallegos JR, age 30, of 1707 Asbury, Ottumwa, was arrested on Wednesday and charged with the following offenses: