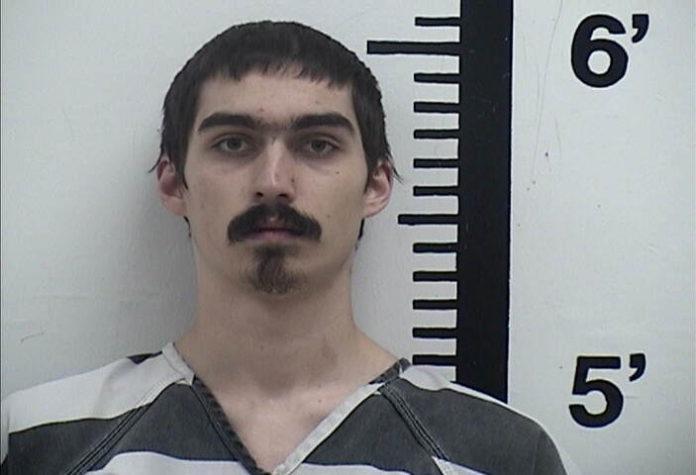 A Fairfield man has been sentenced to 10 years for his role in a Russian Roulette death and other charges.

According to a press release, 22 year old Finnigan Malloy and another defendant had stolen tools, supplies, and equipment from the art building at Maharishi International University. The value of the stolen items was listed as greater than $10,000. During the investigation of this crime, police executed search warrants on the homes of Mr. Malloy and others involved, and recovered most of the stolen property. At Malloy’s home, police also found controlled substances, including cocaine and MDMA, along with evidence of drug distribution.

Shortly after the execution of the search warrants, Caleb Heisel and Finnegan Malloy were at Malloy’s residence. Friends of the 19 year old Mr. Heisel stated that he had a habit of playing “Russian Roulette.” On that night, November 7, 2021, Mr. Heisel picked up a .38 caliber revolver, owned by Malloy, loaded one round in the cylinder, spun it, placed the weapon to his head and pulled the trigger. The weapon discharged and Heisel was killed instantly. Malloy immediately contacted law enforcement, and cooperated throughout the investigation. After thorough investigation, he was additionally charged with Aiding and Abetting Reckless Use of a Firearm.

Malloy subsequently pled guilty to the charges of 1st Degree Theft, Possession with Intent to Deliver MDMA and Cocaine, and Reckless Use of a Firearm, all Class C felonies. On Monday, July 18, Malloy was sentenced to indeterminate prison terms not to exceed 10 years on each of those offenses, to run concurrently to each other.