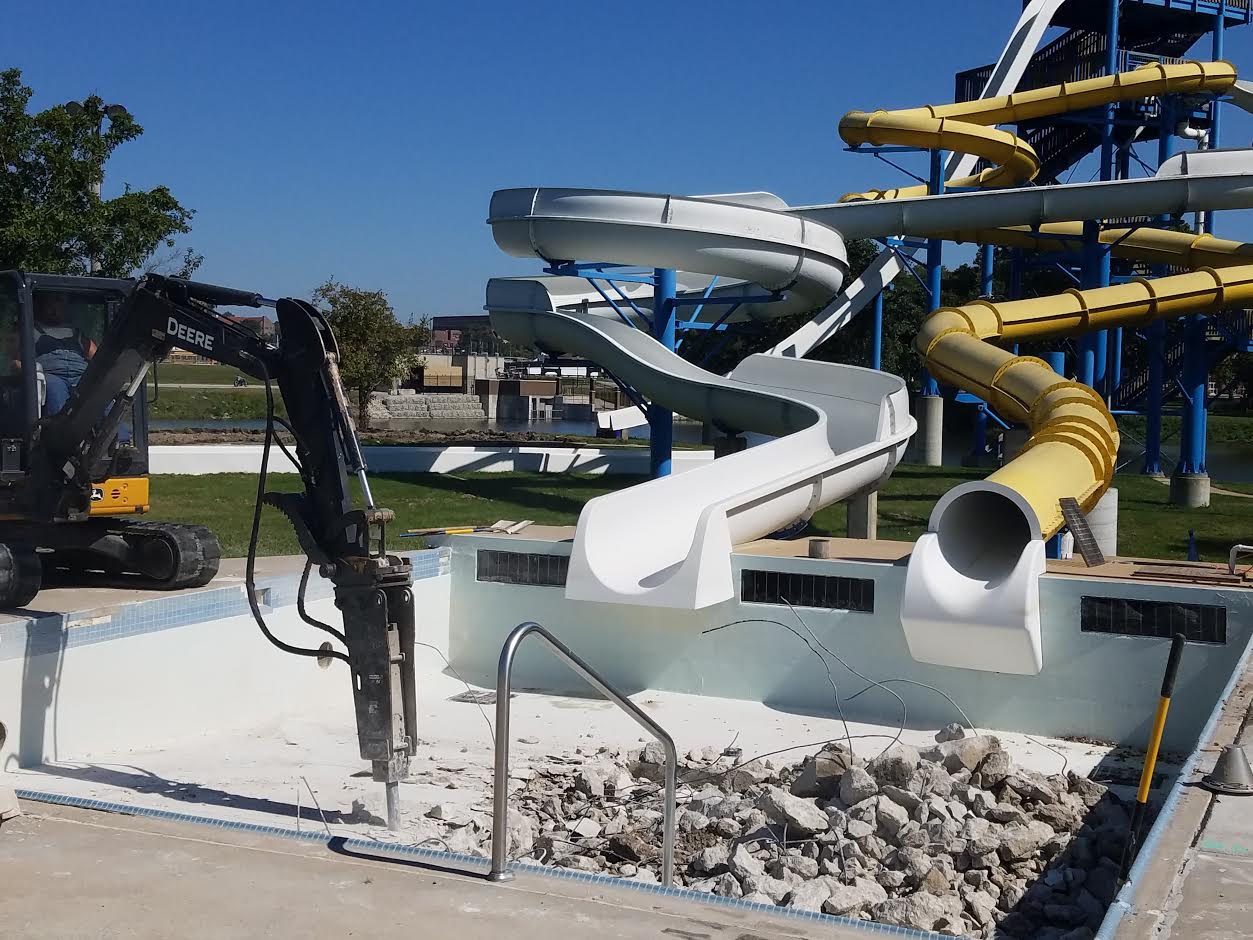 Phase one of a multi-year plan to bring massive renovations to the Beach Ottumwa began recently.

Those passing by were in for a bit of shock as much of the bottom of the speed-slide has been removed from it’s concrete pad. Crews from Turner Concrete of Ottumwa have removed the flat portion of the slide in order to reconstruct the concrete deck beneath. (article continues below) 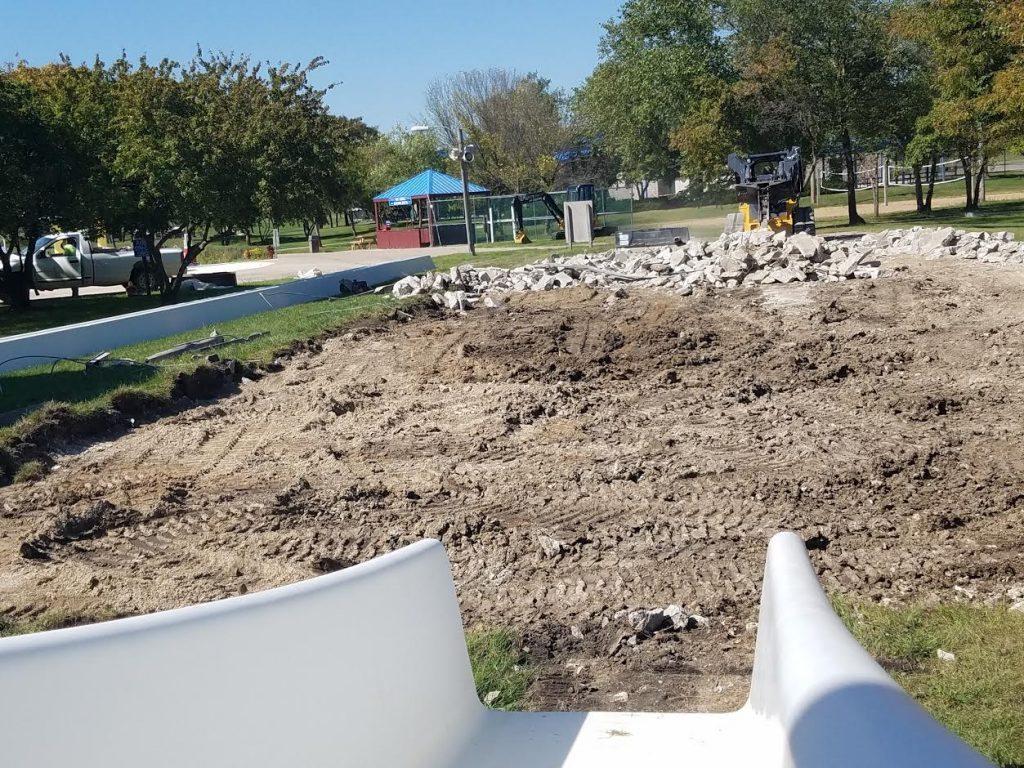 The nearly half million dollar phase one was expected to begin earlier this month with a completion in May of next year.

In a separate contract, SlideCare of Avon Lake, Ohio will repair each of the slides at the beach including fiberglass repairs, aligning and sealing section joints, cleaning and waxing, waterproofing the concrete landings and sandblasting and repainting the stair tower.

Gee Asphalt Systems of Cedar Rapids will handle repairs to the parking lot at a price tag of more than $45,000. Parking lot improvements include sealing the lot and applying asphalt where cracks are too large to seal.

Each of the companies involved has agreed to pay a fine of $500 per day if the projects are not completed by May 26th, 2017, subject to terms of the contracts.

City Engineer Dwight Dohlman told Ottumwa Radio News that this year crews are focusing on repairs to the slides. Plans for the fall of 2017 include concrete work to the wave pool and a nearly complete replacement of the outdoor concrete deck surrounding the pools and slides, in addition to repairs to the indoor aquatic facility.