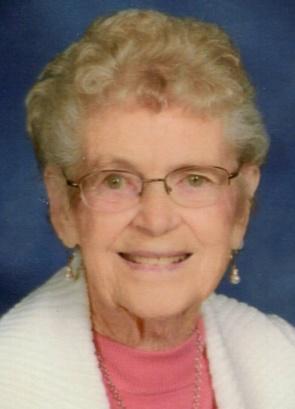 A graduate of Eldon High School in 1944, Lucille was a 75 year member of Eldon United Methodist Church where she directed the choir for 25 years.  She volunteered for the Ottumwa Regional Health Center Auxiliary and at the American Gothic Center.

Surviving are four sisters, Dorothy Wells of Red Oak, Ruth Ann Downing of Ottumwa, and Patty (Denny) Durflinger of Eldon; a brother, Bill (Martha) Carter of Burlington, CO; along with many nieces and nephews.

Funeral services will be 11 a.m. Tuesday at Eldon United Methodist Church with Pastor Kelly Peavey officiating.  Burial will be in Eldon Cemetery.

Visitation will be open after 2 p.m. Monday at Reece Funeral Home with the family present at the church one hour prior to the service on Tuesday.  In lieu of flowers, memorials may be made to Eldon United Methodist Church.