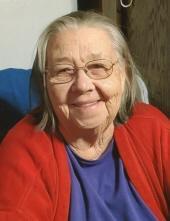 Growing up in Exline, she was a 1959 graduate of Cincinnati High School. Loretta worked for a short time at Main Street Market, McClellan’s and HyVee all in Centerville.

She was preceded in death by her parents; sons, Gregory Kauffman and Bradley Curtis Guffey; grandson, Zachary Curtis Guffey and brother, Russell Sleeth.

Her body has been cremated.

The family will be present to greet friends from noon to 2 p.m. Thursday April 8th at Reece Funeral Home. Following the visitation there will be a graveside service and inurnment at Crossroads Cemetery west of Centerville.

Memorials may be made to the family to be designated at a later date.